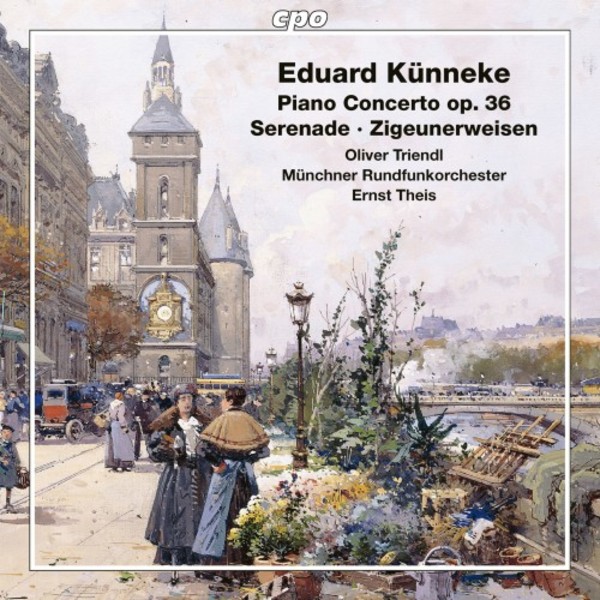 The highly talented Eduard Künneke is known above all as a German operetta composer. The operetta Der Vetter aus Dingsda (1921) became his most famous work. Since he had not exactly experienced positive things in the United States, he evidently was not so eager to go into exile. As a result, during the Nazi era he became known as the Master of the German Operetta, even though he hardly made concessions to the regime and repeatedly ran into trouble because he refused to separate from his half-Jewish wife Katarina. Along with his operettas, Künneke regularly composed serious works for the concert hall that were almost completely neglected  wrongly so. His Piano Concerto is certainly the most original and spirited example of a genre of works engaging in dialogue with classicism and swing in the 1920s and including contributions by Gershwin and Ravel. In the Gypsy Melodies and Serenade for Orchestra, pieces with which Künneke demonstrated his early mastery around 1907, he styled himself as a very creative heir to Brahms and the late romanticist Max Reger, who had taught him the craft of composition.