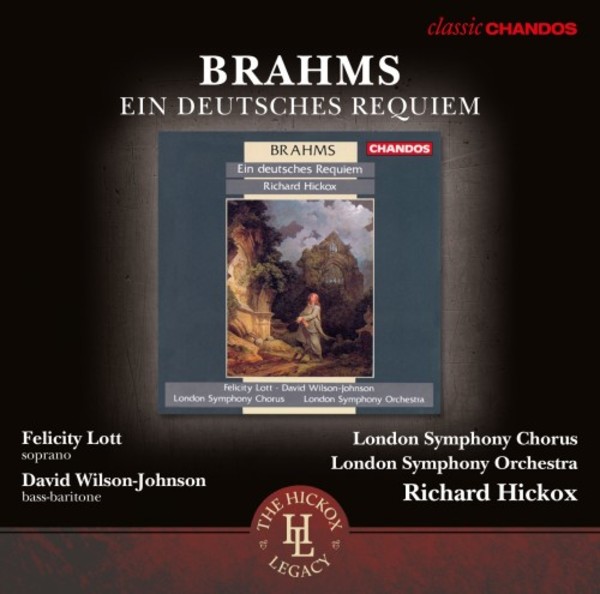 This reissue is a moving experience in itself, and not only for returning to the catalogue a superlative recording of Brahmss masterpiece, not the best known at the time of its release in 1991, but also for the exceptional soloists, majestically accompanied by Hickox and his LSO and Chorus.

Gramophone praised the fine soloists, especially the resonance and ease of the bass-baritone, David Wilson-Johnson. The review also acclaimed the sheer generosity of style and sound as well as the choir and orchestra, excellent and well-balanced, both in themselves and with each other. Overall, the Hickox gives a remarkably satisfying performance.

Despite its large-scale conception, Brahmss Requiem remains the product of a very private world, the personal communication of the philosophy of one man, such a great soul  and yet he doesnt believe in anything, as Dvořák once remarked.