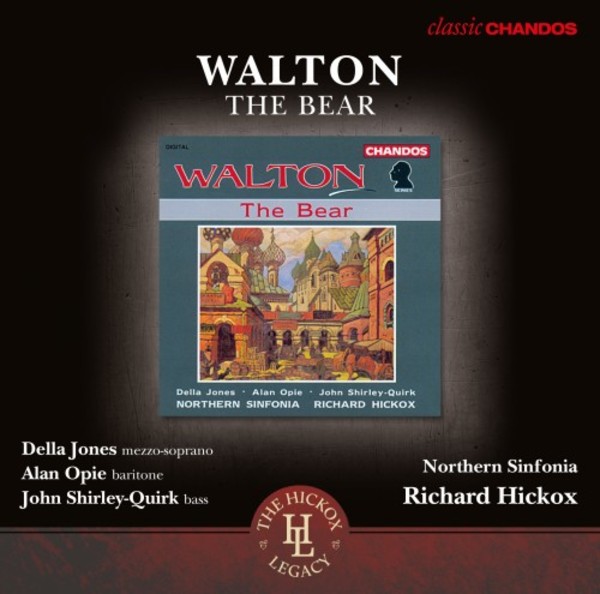 Sir William Walton wrote two operas, the second  The Bear  far more readily acclaimed than the first, and more often performed. Its premiere took place in Aldeburgh in June 1967 as part of the twentieth Aldeburgh Festival, and followed the disastrous reception of Waltons first opera, Troilus and Cressida, a piece seen as too traditional for the taste of those austere postwar times.

So second time round Walton was taking no chances: everything in The Bear is on a modest scale: a chamber opera in one act, for three singers only, no chorus, and the orchestra is chamber-sized, with a small number of strings (originally solo players).

Not only did this specific recording bring the piece to fame but it also proved a revelatory disc for the soloists, Della Jones, Alan Opie, and John Shirley-Quirk, who would go on to become multi-award-winning soloists and whose achievements in British music would become increasingly successful.