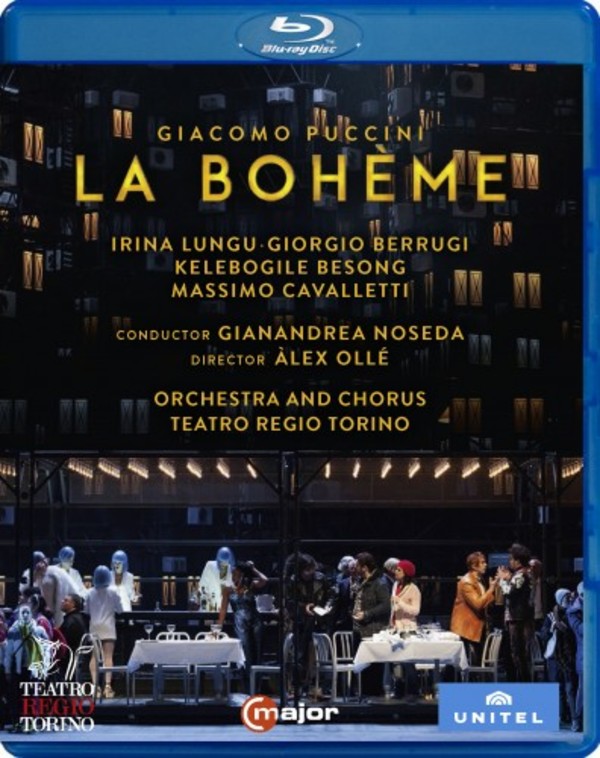 120 years after its very first performance, which took place at Teatro Regio di Torino, La Bohème returns to the tradition-steeped Italian opera house. With director Àlex Ollé from La Fura dels Baus and music director Gianandrea Noseda the Teatro Regio presents a spectacular, up-to-date anniversary production. For Àlex Ollé, directing the opera for the first time, La Bohème allows the young generation to get rid of everything that prevents them from flying, feeding only on their own vitality; the real hunger of the protagonists is the hunger for life. My production is set in a modern city outskirt. It is there where, in my opinion, the intellectual matrix of the future happens; in ugly, disreputable and poor places which are authentic. In this kind of environment, where life and art  as they did in Romanticism  belong to the survivors.

A triumphant youthful Bohème, in which the singers excel due to their naturalness. Giorgio Berrugi sings his Rodolfo with a luminous timbre, in refined nuances (La Stampa), perfectly matching Irina Lungus full-bodied Mimì (The Times). All in all, this is theatre, this is life, this is passion (Corriere della sera).

... it's hard to think of a modern-dress production of La bohème that more perfectly captures the rhythm of the city in Puccini's youthful Parisian romance. ... On stage and in the pit, timing is faultless. The choruses are brilliantly characterised, the scene-changes swift. The intimacy of Act I, the bustle and spectacle of Act II, the irreconcilable emotional tangle of Act III, and the awful, inevitable tragedy of Act IV are handled exquisitely by Gianandrea Noseda, with supple tempos and beautifully handled changes of orchestral colour.  Anna Picard (Opera Choice)
BBC Music Magazine March 2018