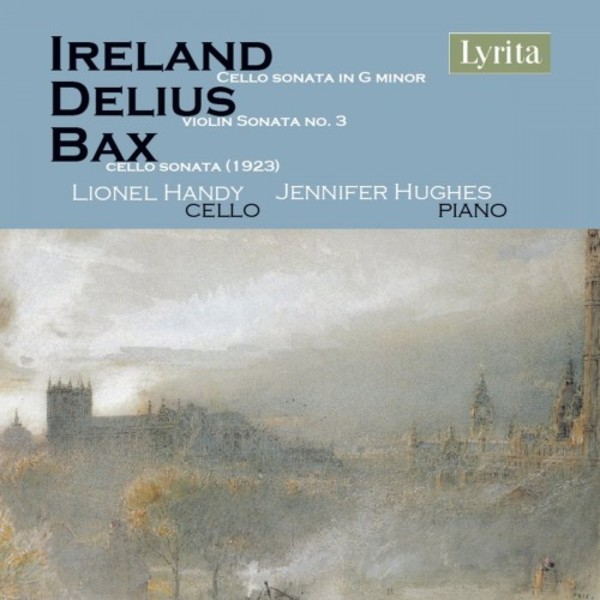 John Irelands Cello Sonata in G minor was written in 1923 and premiered the following year on 4 April by the cellist Beatrice Harrison with pianist Evlyn Howard-Jones at the Aeolian Hall, London. The composer himself performed the Sonata many times as pianist with several cellists including Antoni Sala, who pronounced it the best cello sonata of modern times, and recorded it with Ireland on the Columbia label in October 1928.

Frederick Deliuss four violin and piano sonatas were written between 1892 and 1930 and so chart comprehensively his creative development. Violin Sonata no.3 forms a part of the remarkable Indian summer of composition made possible by the blind and paralysed composers collaboration with Eric Fenby (1906-97). Lionel Handy arranged the Sonata for cello and piano in 2012 and on 23 November of that year he gave the first public performance of his transcription with Nigel Clayton as pianist at a concert held in The Warehouse, London to celebrate the 150th anniversary of Deliuss birth.

Arnold Bax is widely regarded as an orchestral composer. However, he also wrote a significant quantity of chamber music. One of his most impressive works for the instrument, the Cello Sonata in E flat was written in 1923 at a time when his popularity and standing among British composers was at its height. Completed on 7 November of that year, the Sonata was premiered on 26 February 1924 at the Wigmore Hall with Harriet Cohen accompanying Beatrice Harrison, to whom the score was originally dedicated.