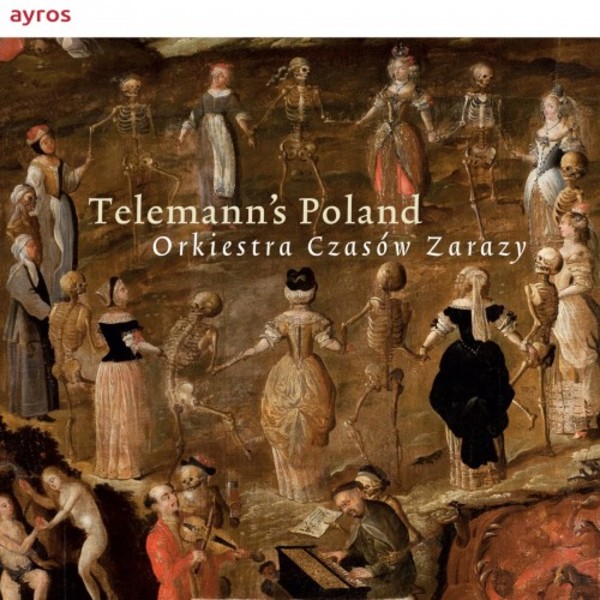 Justly one praises what rejoices the heart:
All the world dance to songs of Polish art;
So with ease this statement I deliver should:
Music of the Poles is not made of wood.
- Georg Philipp Telemann

The years 1681-1767 constitute the frame of Telemanns lifetime. He was an outstanding German composer who lived and worked in the late Baroque  the same age as the masters Bach and Handel. Although nowadays his famous contemporaries often overshadow him, in his lifetime he was known as one of the most productive and versatile musicians. After centuries of neglect, his character and creativity seem to be winning that respect once again.

One of the influences of Telemanns inexhaustible melodic invention was his close contact with Polish music. He worked in Silesia  in Żary (Sorau) and Pszczyna (Pless) at the court of Count Erdmann II  courtier, friend, Privy Councillior, and finally the Cabinet Minister for the King of Poland and Elector of Saxony August II. With Erdmann, Telemann had travelled through the Republic, stopping at roadside taverns and inns where he listened in admiration and amazement to the Polish players who entertained the people with popular melodies.

In his diary he mentioned these visits, It is hard to believe how wonderful the ideas of those pipers and fiddlers are when, during a break in the dancing, they begin to improvise. Listening to them with attention, in eight days a man could collect enough musical ideas for his whole life!

Telemann was a practical man and appreciated the treasures he found in that store of Polish music. As he said, he had collected many ideas and much inspiration, which the number of his compositions can be an evidence of, in which there are rhythms and phrases typical to Polish dances. In another place he writes, I am grateful for my acquaintance with the players of Polish music, and I must say that I found a lot of good and diverse ideas in it. The material has served me well in a number of court compositions. For years to come Telemann was to use the melodies he had heard in Polish palaces and taverns and he constantly referred to the Polish musical style in the highest terms.

In Polish music Telemann saw an autonomous style, in addition to the three widely recognized and imitated musical schools of French, German and Italian origins known in Europe at that time. He put the Polish style next to these three schools and made it equally important. Thus, his observations and descriptions are very valuable indications for us today in reconstructing the musical character of his time.

The name of the project and the ensemble refers to this tragic time. For the Polish people the beginning of the 18th century was a time of lush diversity of musical culture. On the other hand  and perhaps above all  it was the time of the plague. Life is a joyous procession of dance but let us not lose sight of the quirks of fate and our inevitable end.

Begpipes and fiddles are among the instruments you can hear on this delightful disc.