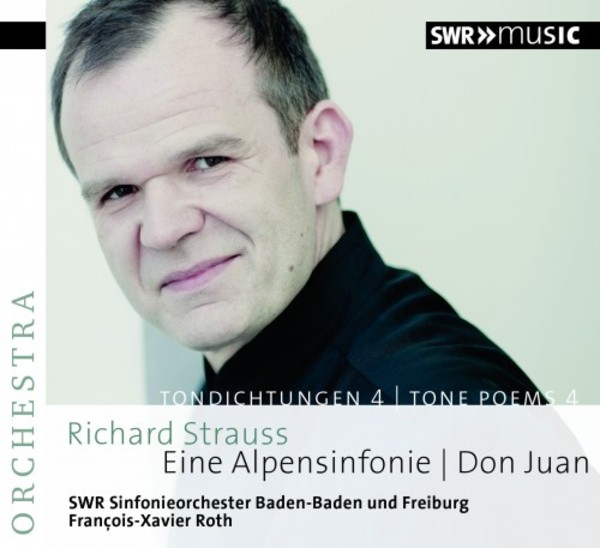 Richard Strauss spent nearly a decade-and-a-half on An Alpine Symphony. The work describes the impressions of a hike in the mountains with such clarity that the score could almost be considered film music without a film. The premiere of Don Juan in Weimar, on 11 November 1898, was a huge success. It established the reputation of the 24-year-old Strauss as the most important composer since Richard Wagner.

FrançoisXavier Roth is one of the most charismatic and enterprising conductors of his generation. In September 2011 he took on the role of Principal Conductor of the SWR Sinfonieorchester Baden-Baden und Freiburg with his debut at the Donaueschinger Musiktage  clearly signalizing the importance of new music for him. In his work with the SWR Sinfonieorchester he also emphasizes Pierre Boulez and Richard Strauss, John Cage and Beethoven, among others.