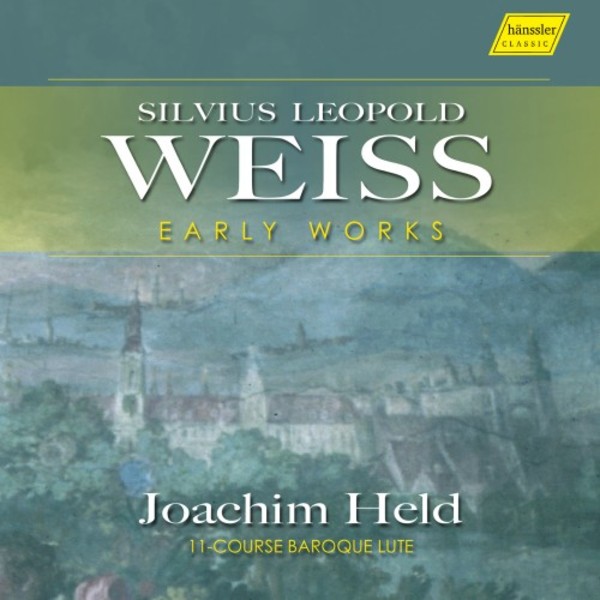 This CD opens with the virtuoso Fantasia and Fuga in D major. Both works show a strong Italian influence on the young composer and they were chosen from a manuscript which contains works from his Roman Period. The Suonata composta a Roma in A major is taken from the manuscript of a Polish noblewoman, compiled in Venice in 1712. This manuscript contains an intabulation of an aria from the opera Tolomeo e Alessandro by Domenico Scarlatti, which was premiered in Rome in 1711, with Weiss most probably playing the lute. A handwritten annotation by Weiss reads: Aria dellOpera della Regina di Polonia (aria from the opera of the queen of Poland). The opera was commissioned by Marie Casimire, the widow of Jan III, who had gone into exile in Rome after the Kings death. The short Sonata in D minor is taken from the same manuscript and gives insight into the French style Weiss uses here.

The first dated composition that we have by Silvius Leopold is the Sonata in C minor - composed at the Düsseldorf court in 1706 and very much modelled on the French style. He had been invited to Düsseldorf by Elector Johann Wilhelm, who was very grateful to his brother Karl Philipp for making the young lutenist available for the journey. The following words are handwritten above the sonata: Anno 6 a Dusseldorf. Ergo nostra juventu comparisce (Düsseldorf, 1706, thus our youth presents itself). The reference is to the 19-year-old lutenists debut at the Düsseldorf court. Various versions of this sonata exist and here we hear the version taken from a manuscript that was written under Weisss instructions for the Count of Adlersfeld in Prague. This significant collection of Weisss music was sold to a London buyer in 1877 and therefore bears a name that is misleading in view of its true origin: the London Manuscript.