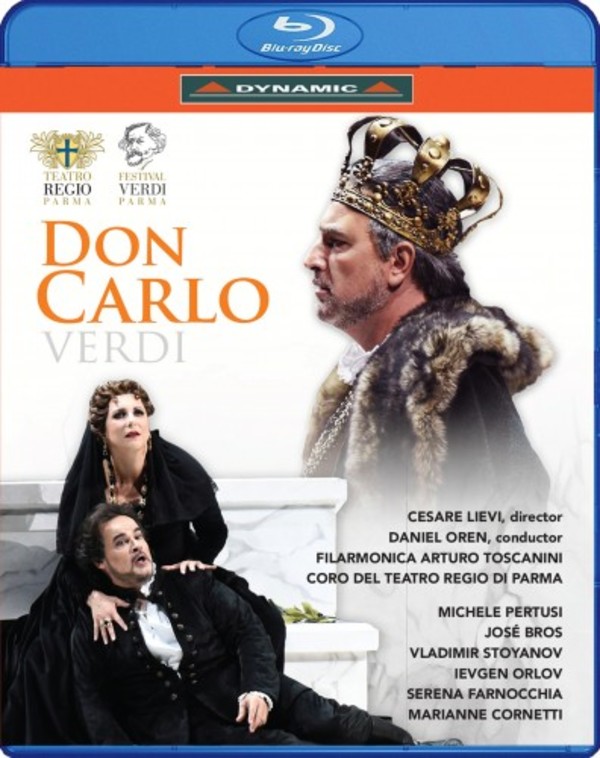 First performed in French at the Paris Opéra in 1867, Don Carlo is in many ways an amazingly innovative work. The opera seems to underline Verdis shift from the Manichean division between good and evil, which had been a clear, structural element of his dramaturgy up to that point in his career. In this opera, Verdi assembles all his mainstay music theatre themes: power, with its honours and burdens; the contrasts of impossible love; the conflict between father and son; and an oppressed people demanding freedom.

Verdi radically revised the score in 1883, using an Italian libretto and reducing the opera from five acts to four. The popularity of Don Carlo has grown unremittingly ever since, with today's critics almost unanimously recognising it as one of Verdis greatest masterpieces, an opera that continues to reveal new gems.

Daniel Oren is fully in control on the podium, ensuring unanimity between orchestra and singers. The Maestro softens the dark tones of the score, which are well reflected in the visuals, choosing instead to emphasise the various changes of mood.