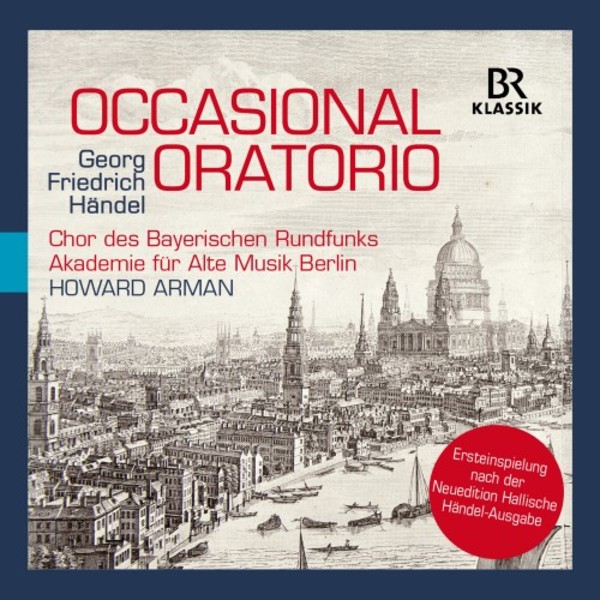 For his Occasional Oratorio, composed in 1746 in an age of personal and political upheaval, Handel made generous use of much of his own earlier material, and this resulted in something quite close to an anthology: a choice collection of his most beautiful and most famous pieces  a 'Best Of', as it were. The Messiah librettist Charles Jennens complained loudly that the oratorio was "a triumph for a victory not yet gain'd", and that its libretto, by a certain Newburgh Hamilton, was an "inconceivable jumble of John Milton and Edmund Spenser". Nevertheless, the Occasional Oratorio offers the modern listener magnificent and largely familiar melodies, highly virtuosic Baroque arias, moving choruses and, above all, a magnificent Late Baroque sound that, in this extremely compact score, is quite unique. Audiences at the time probably considered this to be 'Handel at his best', and today's public doubtlessly shares that opinion.

This virtuoso and colourful interpretation, recorded on 11 February 2017 in the Herkulessaal of the Munich Residenz, was an exemplary success, delighting the audience and the press alike. Howard Arman conducted the Chor des Bayerischen Rundfunks, the Akademie für Alte Music Berlin with its historically informed performance practice, and a line-up of highly talented English soloists. This concert recording is also the world's first recording of the Occasional Oratorio according to the historically researched and edited score of the Neue Hallische Händel edition.