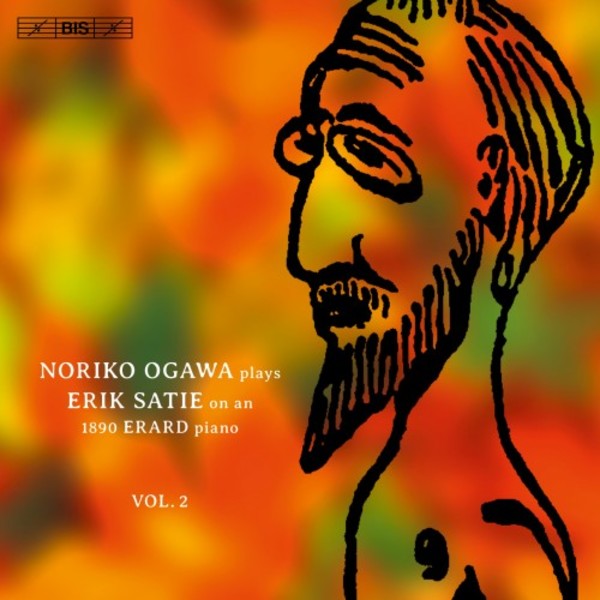 Released in 2016  the 150th anniversary of the birth of Erik Satie  the first volume of this series was warmly greeted by reviewers worldwide, who praised the clarity of Noriko Ogawas interpretations as well as the crystalline sound of her chosen instrument, an Érard grand piano from 1890.

Like its predecessor, this second instalment takes in music from different phases of the composers career, including the very early Three Sarabandes from 1887. A few years later Satie became involved with an esoteric society called The Catholic Rosy Cross of the Temple and the Grail for which he composed works such as the Sonneries de la Rose+Croix. Throughout his life, Satie identified strongly with children and famously said of himself that he came into the world very young, in an age that was very old. In 1913, during what is often termed his humorous period he composed the four sets of childrens pieces (Enfantines) included on the disc.

Hailing from the same period are the two sets of Flabby preludes for a dog as well as the suite Sports et divertissements. Often regarded as one of the finest examples of Saties art, this consists of a prelude and 20 musical snapshots depicting different sports and leisure activities, including golf, fishing and dancing. The suite was first published as a collector's album, accompanied by illustrations by Charles Martin and Saties own prose poetry and calligraphy.

The playing is unfailingly elegant, her crystalline sound enhanced by the Erard she uses. - The Sunday Times, 11 September 2016

In this utterly delightful disc [Ogawa] manages to convey not only Saties quirkiness, but his honesty - ***** BBC Music Magazine, September 2016