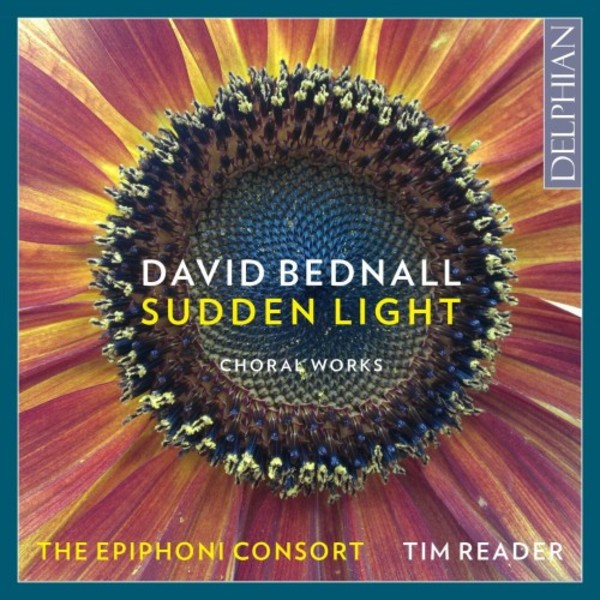 A Wedding Prayer
Everyone San
Lux orta est iusto
Rise up, my love
Shall I compare thee to a summer's day?
Songs of Love (3)
Sonnet 98
Sudden Light
Te lucis ante terminum
The Argument of His Book
Tota pulchra es
Welcome All Wonders: A Christmas Cantata

A Wedding Prayer
Everyone San
Lux orta est iusto
Rise up, my love
Shall I compare thee to a summer's day?
Songs of Love (3)
Sonnet 98
Sudden Light
Te lucis ante terminum
The Argument of His Book
Tota pulchra es
Welcome All Wonders: A Christmas Cantata

There is something in the music of David Bednall that speaks of the English genius; it is present in his harmonic language, in its extended diatonic chords and shimmering polytonal beauty, and there too in the folk-like melodies of many of the works on this recording. His art grows from the ground of native tradition, that of the Anglican cathedral and collegiate choir and its revival in the decades since the First World War. A disciple of Vaughan Williams, Finzi or Howells. His music also harbours traces of Messiaen, Duruflé and Vierne. The Epiphoni Consort and their director Tim Reader are passionate advocates of Bednalls music, and this enterprising debut recording  opening with the ravishing depiction of luminosity that is his 40-part motet Lux orta est iusto  serves to highlight why Bednall is well on his way to becoming one of the UKs best-loved living choral composers.
The Epiphoni Consort was established in 2014 to bring together singers who have advanced vocal and choral training but other primary careers. It has since developed a reputation for creative programming with a commitment to the music of living composers. In 2015, the choir was winner of Tenebraes Locus Iste Competition, following which they joined Tenebrae on stage at St James, Spanish Place. The Consort performed at Sir Terry Pratchetts memorial at the Barbican and made its first TV appearance in 2016 in a BBC4 documentary, The Joy of Rachmaninov. In 2017 it featured in the BBC2 documentary Terry Pratchett: Back In Black.

The House of the Mind