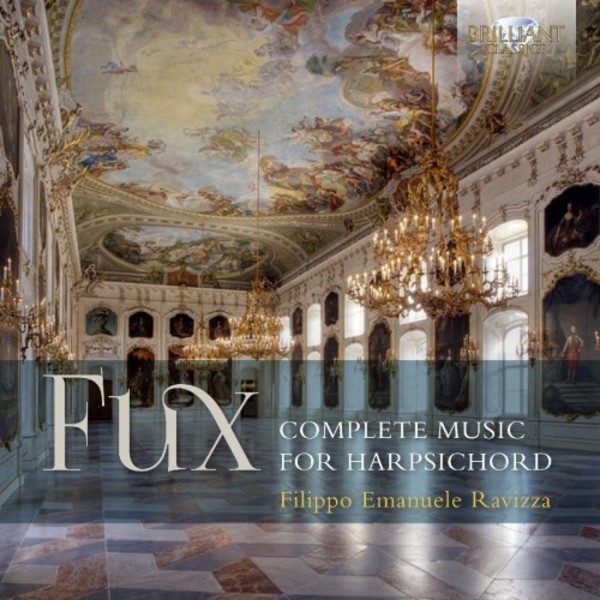 Born in 1660 into a family of peasant farmers, Johann Joseph Fux died in 1741 as Kapellmeister at the Habsburg court in Vienna, a prestigious post that he had held for almost 30 years: an extraordinary rise in fortune and testament to both considerable gifts as a musician and, self-evidently, an inclination towards hard work and self- improvement.
He is best known now for the Gradus ad Parnassum. This monumental treatise was published in 1725 at the Emperors expense and quickly became an indispensable manual on counterpoint, studied and absorbed by generations of composers thereafter. However, its formidable reputation should not overshadow his talent as a creative musician, which is displayed here in five keyboard partitas, a colourful Capriccio and a set of 12 minuets as well as a trio of shorter pieces. In all of them may be heard  and enjoyed  a surprising degree of charm, grace and easefully written melody. Indeed, Fuxs achievement was a perfect balance between rational precision and feeling, artifice and spontaneity.
These new recordings by Filippo Emanuele Ravizzi have few rivals in the current catalogue. Ravizzi is a pupil of Bob van Asperen and Gustav Leonhardt: a distinguished pedigree, which brings a fine feeling both to the tripping, French-style dance rhythms of the partitas and to the potential for darker expressive coloration in the Capriccio and the long D major Chaconne (not to be confused with a better-known G major work in the same form, composed by Fux for a chamber ensemble of strings). All these works, not forgetting the Aria passeggiata in C major, with its masterful handling of counterpoint (as one might expect) became reference works for Bach and Handel in their turn. Anyone curious to hear the work of a formative figure in the Baroque period will take great pleasure from this set.