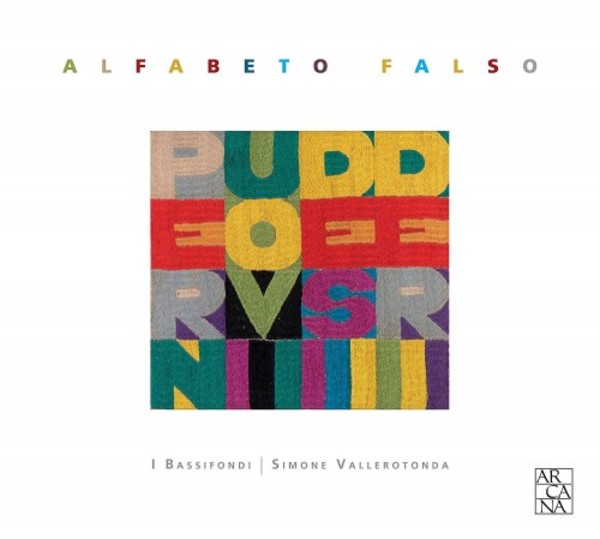 After the success of Lultimo romano, his album of music for archlute from the 1718 collection of the Roman composer Giovanni Zamboni, Simone Vallerotonda presents something totally new with his Baroque power trio I Bassifondi: Alfabeto falso. Their debut album is devoted to Italian and Spanish music for guitar and theorbo from the first half of the seventeenth century.
A little-known repertory, characterised by rhythmic oddities and harmonic extravagances that challenge those of contemporary jazz. Ordinary alfabeto (alphabet) was the system used by guitarists of the period to mark chords: each letter corresponded to a single chord. But, in the false alphabet, those letters which were marked with a slash indicated chords containing dissonances, often very bold. The trio, comprising guitar/theorbo, percussion instruments and colachon, reconstructs an ensemble typical of the seventeenth century. Breathtaking rhythms, dirty chords, improvisations and variations: these are the colours they seek to convey in their sound. The beauty and the challenge of this disc lie precisely in providing an interpretation that respects everything notated in the score, and in the choice of arrangements and timbres. This music sounds modern and perhaps slightly provocative to us, but all of it was written around 1640!
Track-listing:
1. Toccata detta linnamorata
2. Gagliarda francese
3. Passacaglio per la O
4. Impro no.1
5. Sfessania
6. Passacaglia
7. Scaramanzie
8. Folias Gallegas
9. Capona
10. Toccata cromatica
11. Impro no.2
12. Partite sopra laria francese detta lalemanna
13. Corrente VI sopra lalemanna
14. Impro no.3
15. Cumbées
16. Passacaglia per la D
17. Passacaglia per la X
18. Kapsberger
19. Corrente VII
20. Aria di Firenze
21. Colascione
22. Los Impossibles
23. Impro no.4