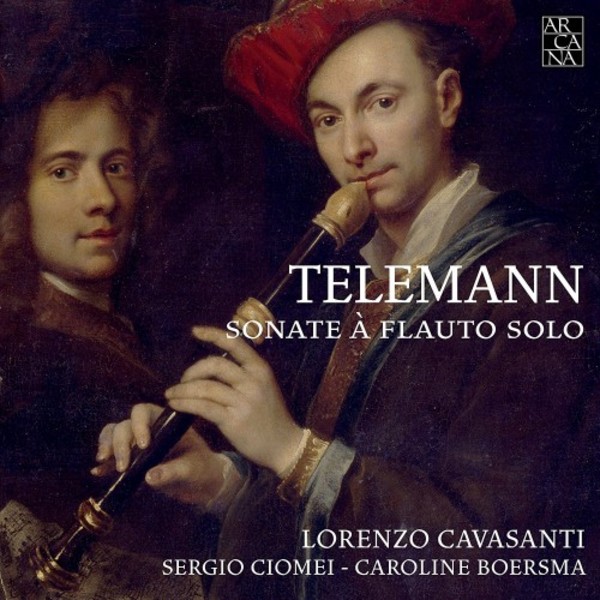 Following a critically acclaimed Vivaldi album (A366), recorder player Lorenzo Cavasanti and partners  grouped under the name Tripla Concordia  turn their attention to Georg Philipp Telemann, with an original programme that goes beyond the usual canon of recorder sonatas. His last publication of solos for melody instrument and basso continuo, the XII Solos à violin ou traversière (Hamburg: 1734), contains music of great expressive depth. These twelve works not only sum up the composers approach to the solo sonata over several decades, but also reveal his continuing exploration of the genres possibilities. Yet they have been unfairly overshadowed by several of his earlier sonata collections.
This recording by Lorenzo Cavasanti and the members of Tripla Concordia offers a new perspective on the XII Solos by performing four of them with recorder in place of violin or flute. Such flexibility of instrumentation was characteristic of Telemann, who often sanctioned alternative scorings in his publications. Paired with these works is a sonata preserved in a Brussels manuscript and one from the well-known Essercizii musici. The musics significance is explored in booklet notes by Telemann scholar Steven Zohn, author of Music for a Mixed Taste: Style, Genre, and Meaning in Telemanns Instrumental Works (New York: Oxford University Press, 2008).