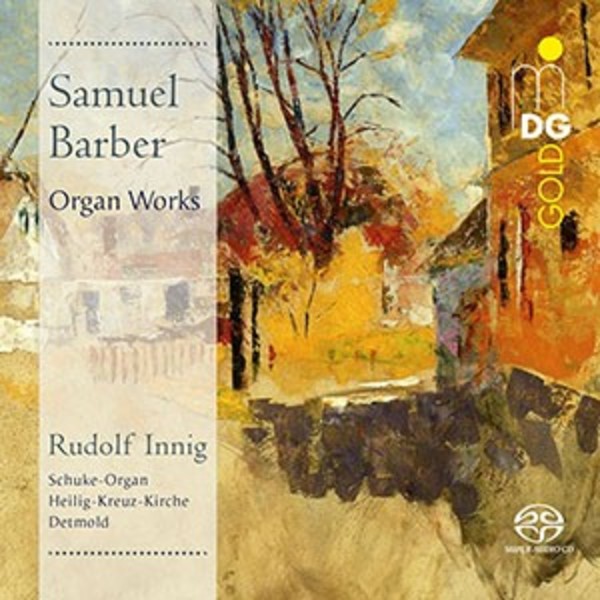 Samuel Barber began his compositional career as a genuine child prodigy. At the age of nine he knew that he wanted to be a musician, and a year later he wrote his first opera  or at least the first act, after which the cook, his librettist, ran out of ideas!

He initially worked as an organist, and even though he later focused on other areas, organ compositions are found throughout his oeuvre. Rudolf Innigs complete recording of these works offers enthralling insights into the development of Barbers full and rich life as a composer.

The famous Adagio for Strings is of course a must. This heartrending piece was performed at the state funerals of Presidents Roosevelt and Kennedy and at the memorial services for Grace Kelly and Albert Einstein. Puff Daddy and Herbert Grönemeyer have arranged it, and it has even been featured at the Olympic Games.

Barber himself arranged the version for organ. As things turned out, he did not exactly welcome its overwhelming success because it meant that other works in his extensive oeuvre did not receive their fair share of the spotlight.

Rudolf Innig, MDGs resident organist, has received great critical acclaim and many plaudits for his recordings on the MDG label.