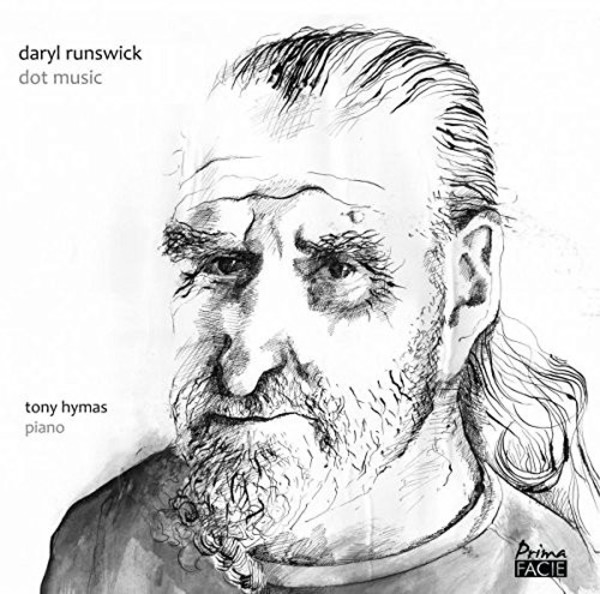 Daryl Runswick - Dot Music includes four world premiere recordings of the piano music of Daryl Runswick, all performed by the award-winning pianist Tony Hymas.
This survey of Runswicks piano works demonstrates the sheer breadth of his musicianship. The title track, dot music (2001-13), with its specially-devised dot notation, was inspired by the pianist Julian Jacobson's request for a companion piece to Beethovens Sonata op.111. In contrast, the Sonatina (1981, rev. 2013) integrates Mozart and jazz.
Having performed and worked with composers such as Boulez, Berio and Stockhausen, Runswick's Six Studies on b-o-u-l-e-z (2016) forms a tribute to the late composer and a compendium of Daryl's own composing styles: total serialism, aleatoricism, modernism, jazz, and a nod to Peter Maxwell Davies. The CD is rounded off with Introduction and Fugue in B minor (1967, rev. 2003).
"A genius called Daryl Runswick" - Sir Andrew Davis
"A brilliant musician, funny, gentle, uncompromising  just a beautiful person." - Bob Chilcott
"[Tony Hymas] played with stunning commitment"  The Guardian, on Hymass performance of Mosolovs Fourth Piano Sonata