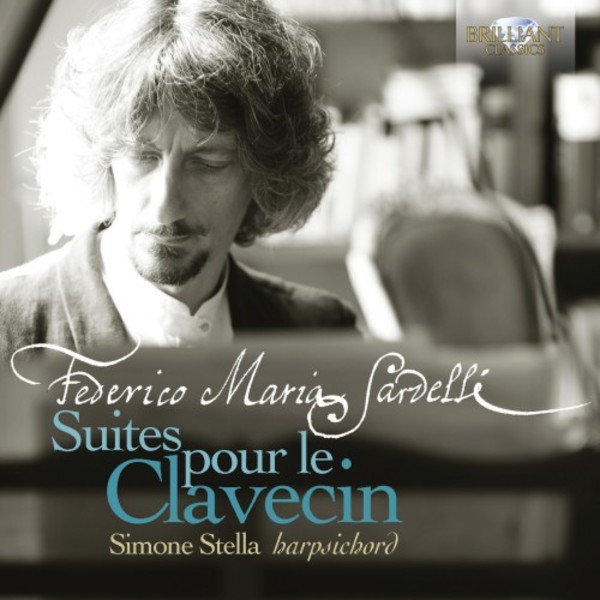 This is the third volume on Brilliant Classics of the unsettling, time‐bending music of Federico Maria Sardelli. Born in 1963, he has composed astonishingly inventive pastiches within the style of Italian Baroque concertos (BC94749) and cantatas (BC95068), which he conducts with the same free‐wheeling brilliance that he brings to authentic music of the same era in his recordings of Vivaldi (BC94030) and Alessandro Scarlatti (BC93357), all with his historically informed ensemble, Modo Antiquo.
In an antique way: its a neat way to summarise the gifts of a musician not readily pigeonholed into particular categories. His latest album is his homage to the intricately stylised world of the French harpsichord tradition in the hands of Couperin, Rameau and others. In fact the concerto album concluded with a brief taster of Sardellis imagination running riot in the world of the Baroque keyboard, with a brief suite of character pieces and dances.
The same suite is included here  in a new recording and expanded, into a nine‐movement Troisième Suite de Pièces pour le Clavecin completed in 2016: the Second (2006) and then the First (1990) follow, in a characteristically unexpected piece of reverse engineering by Sardelli. The album concludes, as have so many volumes of music from this era before, with a musical tombeau, in this case written to the eternal memory of Mr. De Lully.
Simone Stella is fully conversant with the original idiom to which Sardelli pays homage, having made many well‐received recordings for Brilliant Classics of Baroque keyboard collections, including the complete works for organ and harpsichord of Froberger (BC94740), Reincken (BC94606) and Böhm (BC94612). This is sure to be an album to delight, challenge and provoke lovers of such music.