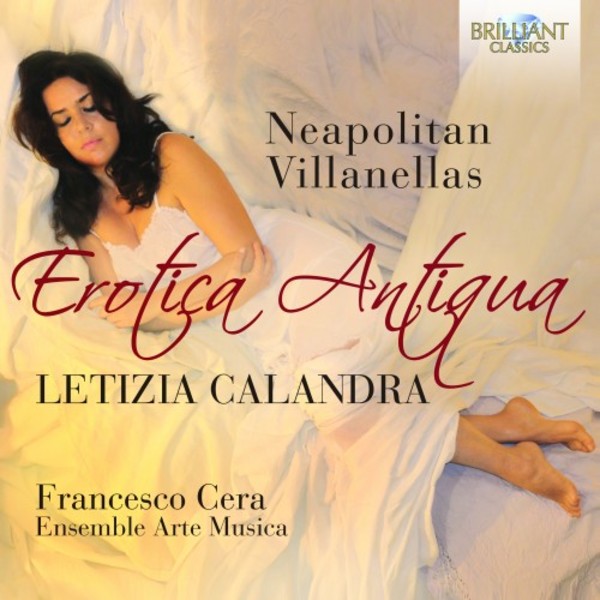 Soprano Letizia Calandra is passionate about the promotion of traditional Neapolitan music. She has already recorded two albums of Classico Napoletano repertoire, featuring 19th‐century canzone napoletane, but this time she turns her attention to a lesser‐known and much older tradition: villanellas. These were 16th‐century songs, set in the Neapolitan dialect by composers aping the lyric traditions of the street or countryside. Featuring bawdy characters and crude themes involving cuckolded husbands, scheming maids or jealous suitors, these light pieces originated from the strong tradition of the rustic fool in Naples. Performing on period instruments (including the unusual lirone) that would have been used in 16th‐century Naples, Calandra is joined by the early music ensemble Arte Musica, and together they create an authentic portrayal of the fascinating jumble of characters who made up this unique Renaissance city.
Letizia Calandra is a firmly established interpreter of Neapolitan music. She comes from a background of Baroque and Renaissance repertoire, having performed in such operas as Ercole amante and Dido and Aeneas. Previous recordings include Scarlatti and the Neapolitan Song for Brilliant Classics (BC94488), with Francesco Cera on the harpsichord, a record described as convincing in every respect by Music Web International. Cera is a leading specialist of early music in Italy and frequently records for Brilliant Classics. His album of Bachs Orgelbüchlein (BC94639) was praised for its magnificence by Arkiv Music.