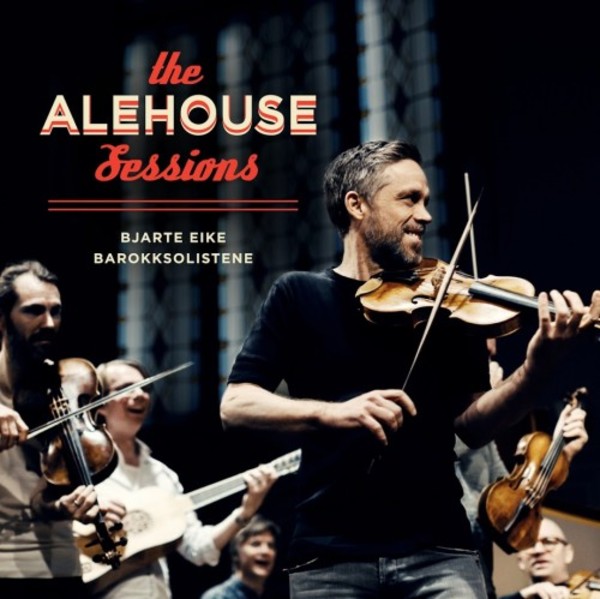 'The Alehouse Sessions', curated and devised by Bjarte Eike, is an evolving insight into the music of the English 17th-century tavern. It shines light onto this tumultuous period through Purcell overtures, English sea shanties and Scandinavian folk songs, thrown in for good measure, brilliantly evoking the atmosphere of a raucous port pub in the 1690s. These sessions have already been hailed as "irresistible" (The Times), "superb" (The Scotsman) and "fabulously unrestrained" by The Guardian, "creating the effect of a late night jamming session, said BBC Music Magazine.
"The signature of this project is the interaction on stage between the players and the audience... drawing its inspiration from the Shakespearian theatre where there was a direct communication between stage and hall, says Bjarte Eike.
Tracklisting:
1. Wallom Green - from The English Dancing Master 1651 (John Playford 1623-1686)
2. Curtain tune - from Timon of Athens (Henry Purcell 1659-1695)
3. Lead me - Oh! Lead me to some peaceful gloom (Purcell) + Italian Rant (EDM)
4. Haul Away Joe - trad. English sea shanty
5. Johnny Faa - trad. Scottish tune 17th century
6. The hole in the wall - Hornpipe from Abdelazer (Purcell)
7. Virgin Queen set - Virgin Queen + Stingo + Bobbing Joe (EDM)
8. Pass around the grog - trad. sea shanty
9. Travel set: Springar fra Bjerkreim (Norwegian), Kat. Oggie (Scotland), Contillion (Mestmachers collection, Norway), Første brudestyk ́(Danish wedding tune), The Shaalds oFoula (trad. Shetland)
10. I drew my ship into the harbour  trad. English ballade 19th century
11. Carolans Cup - Turlough OCarolan (1670-1738)
12. The Canadian set - trad. Canadian Reels, aka 'La traversée' after the band Le Vent du Nord
13. Leave her Johnny - trad. English sea shanty