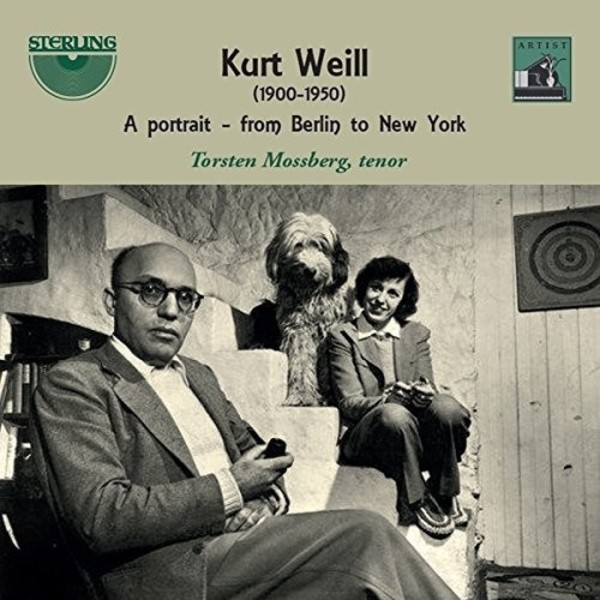 Kurt Weill - A portrait: from Berlin to New York

» It never was you
» September Song
Lady in the Dark

» My Ship
» This is new
Lost in the Stars

» Alabama Song
One Touch of Venus

» It never was you
» September Song
Lady in the Dark

» My Ship
» This is new
Lost in the Stars

» Alabama Song
One Touch of Venus

Kurt Weill was a completely groundbreaking composer in that he, along with Bertolt Brecht developed the characteristic cabaret style (Song) inspired by the American jazz music, minstrel shows and vaudeville with influences from Jewish klezmer music. Tango often played a major role, even in his operas. Often Weill sought after a Verfremdungseffekt, by using odd chords for the key, achieving a kind of desolation and unpleasant feeling. In the 1920s, his songs often sung by an actor. The perfomance was often characterized as Sprechgesang, recitative, helping the message to carry over the ramp. Lotte Lenya, Kurt Weill's wife, was a very successful actress with strong charisma but with an almost unlovely voice. She came to survive her husband by over 30 years and was his best ambassador. When Weill came to Paris he changed his style. The songs then had a softer image. When he later came to New York he toned down some of the characteristic cabaret style in favor of a more Broadway-customed style. Nevertheless, there remain elements of Hebrew flavour and typical Weill touches in these songs. Many of these are now considered to belong to The American Songbook. On this recording we have strived to portray the musical development of Kurt Weill, from Berlin to Broadway, from 1928 to 1950, and have selected songs that are characteristic for each period.  Torsten Mossberg

Songs to Harp from the Old and New World

Bellman - Am I born, then Ill be living: A Selection of Fredmans Epistles & Songs, Early Poems