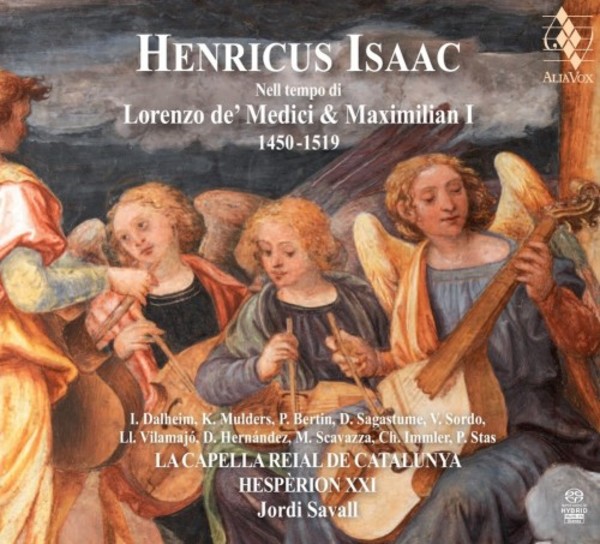 This new album is not only the opportunity to discover the music of Heinrich Isaac under the inspired direction of Jordi Savall; it is also the portrait of an era during which the Hundred Years War ended, the Medici family reached its peak, the idea of the Reformation surged and Charles V was crowned at the head of an Empire that redefined the idea of Europe, as did the music of this time.

I. c. 1450 Birth of Henricus Isaac in Flanders (Brabant)
1. La morra (instrumental)
1464 Death of Cosimo de Medici (1464), followed by that of his son, Piero the Gouty (1469), at Careggi
2. Motet: Sustinuimus pacem à 4 v.
1469 Lorenzo de Medici succeeds them as ruler of the Florentine Republic.
3. Fanfare of the Medicis: Palle, palle (instrumental)
1475 The Treaty of Picquigny between Louis XI of France and Edward IV of England finally ends 100 Years War
4. Motet: Parce, Domine