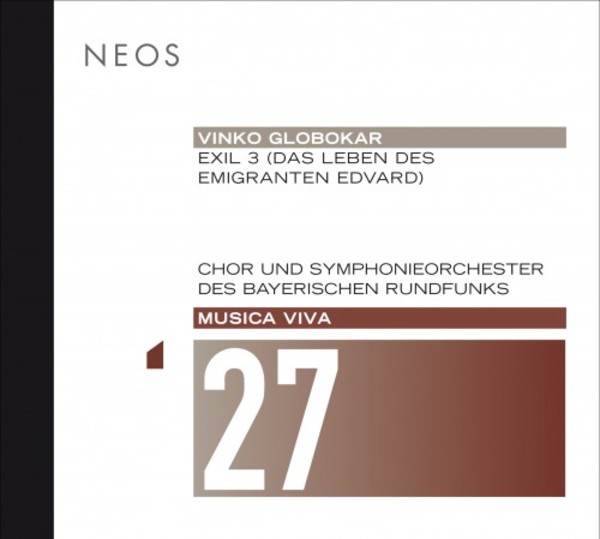 He says of this recording: Four years ago a group of musicians from the former Yugoslavia requested a short composition from me. At that time I was reading a book of poems about exile. I selected several texts from it and wrote a piece for five instrumentalists and a soprano. That was Exile No.1.

As for No.2, it remained an attempt. Then came the commission from Munich, and for that, taking Exile No.1 as the point of departure, I have now written a large work of about fifty minutes. The orchestra consists of 32 solo instruments, with the four strings amplified. Then there are 48 choral singers and four soloists: a high soprano, a narrator, a contrabass clarinettist and an anonymous improviser who remains unseen by the audience.

Record label Neos commented: There really should be an award for the internationally outstanding crew of artists which managed to make this World Premiere a big success in Munich, Feb. 20, 2015.