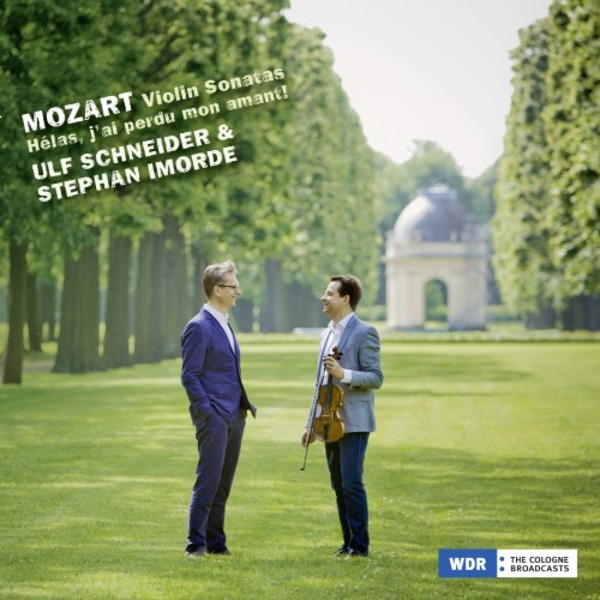 The works on this recording form the basis for a recital featuring readings of Constanze Mozarts letters (German actor Fritzi Haberlandt). The CD does not include the readings. Hélas, jai perdu mon amant is the title of the project that gave rise to the recordings on this CD.
- What lies behind the title you have chosen?
- Stephan Imorde: For quite some time we had already wanted to associate text and music on the concert podium in order to place music in a new context. Our idea was to view Mozart from the perspective of his wife Constanze: in our attempt to picture how she must have perceived Wolfgangs life, we embarked on an imaginary journey.
- Ulf Schneider: Very few letters written by Constanze have been preserved. Nevertheless, from the great number of letters her husband sent her, we can surmise that the two were emotionally very close. On the basis of those letters, music journalist Jürgen Otten has drawn up a fictitious diary. In our project we hold a musical dialogue with actress Fritzi Haberlandt: between the pieces, she reads from the diary.