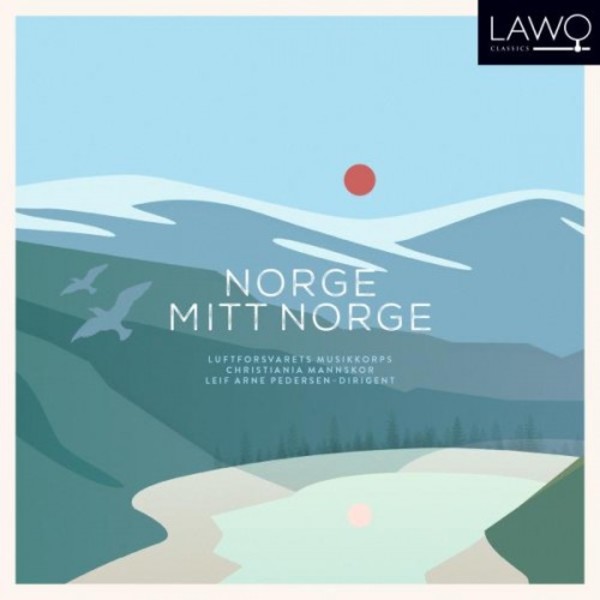 Christiania Mannskor was established in 2009 and is dedicated to the renewal and revitalization of mens choir singing in Norway. It is in this spirit that they present this disc of Norwegian works, accompanied by the Royal Norwegian Air Force Band to celebrate the music of their native country.

The Royal Norwegian Air Force Band was established in 2006, yet it will celebrate its bicentenary in 2018. Founded in 1818 as the Band of the Trondhjem Brigade, and later called the Band of the Fifth Division and the Band of the Armed Forces Trøndelag, it was for over one hundred years Trondheims only professional ensemble.

Christiania Mannskor is made up of 18 professional singers under the direction of conductor Marius Skjølaas. The ensemble has regular concert engagements in Oslo and countrywide and has performed at the invitation of the Norwegian government and parliament in connection with, among other things, the awarding of the Nobel Peace Prize.