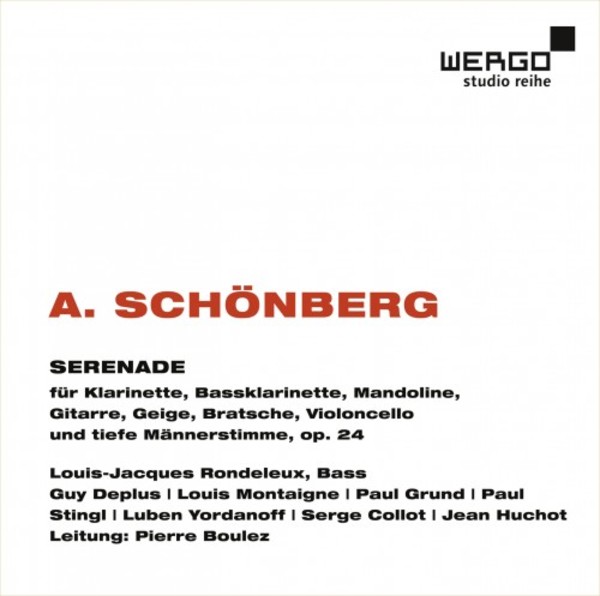 WERGO's unique 'studio reihe' series continues with a rather special CD release: Arnold Schoenberg's Serenade, op.24, for seven instruments and baritone voice is one of the most historically significant musical works of the early 1920s, when Schoenberg began to develop what came to be known as 'twelve tone' music.
The Serenade, op.24, is one of the earliest compositions that demonstrate twelve-tone technique in its most rudimentary form. The fourth movement, a sonnet by Petrarch and interpreted here by Louis-Jacques Rondeleux, deserves special attention; it contains a rather simple sequence of twelve tones which are applied to a hendecasyllabic metre each.
The sound recordings were released on the WERGO LP WER 60002 in 1963 and are now remastered in DSD. The recording was made under the direction of Pierre Boulez.
Under the title of 'studio reihe neuer musik', WERGO released outstanding recordings in the 1960s, thus creating a trademark of advanced contemporary music in the early years of the label.