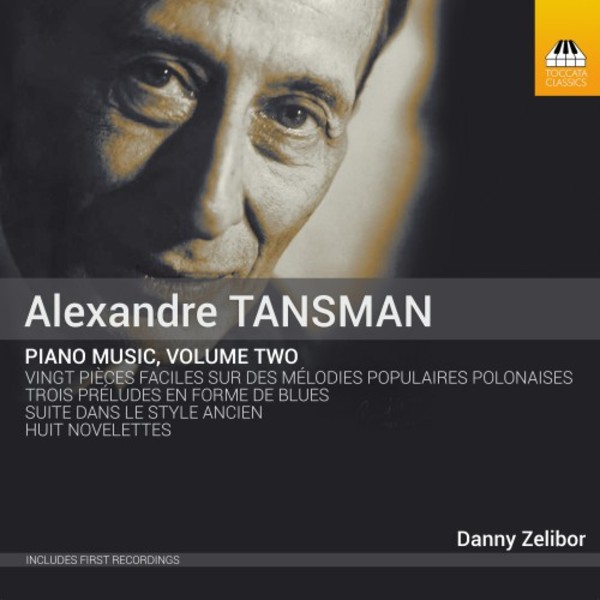 Alexandre Tansman (1897-1986) was one of the most prolific composers of the twentieth century. His fundamental style is a Stravinskyan Neo-Classicism, animated by the dance-rhythms of his native Poland. It is also energised by a masterly command of counterpoint. Early in his career, Tansman settled in Paris, where he was helped by Ravel, but he was also another of the Jewish composers forced to flee Europe by the Nazis. This second instalment in the first-ever survey of his piano music demonstrates its stylistic range, from Neo-Baroque via Polish folk-music and the orient to the blues.
A native of Texas, Danny Zelibor studied at Texas Christian University (TCU), winning numerous accolades and scholarships. A top prize-winner in the 2014 Los Angeles International Liszt Competition, he is also a graduate of the University of North Texas, where he studied with Tamás Ungár and Joseph Banowetz. He is currently pursuing a degree in Collaborative Piano with Warren Jones at the Manhattan School of Music. His debut album for Toccata Classics, the first in a multi-volume set of the piano music of Alexandre Tansman, received widespread praise from major music publications, including Fanfare (Danny Zelibors splendid new recording of his music should act as a good introduction for many), MusicWeb International and Gramophone. His continued exploration of this rich literature is setting him apart as a unique voice among young American pianists.