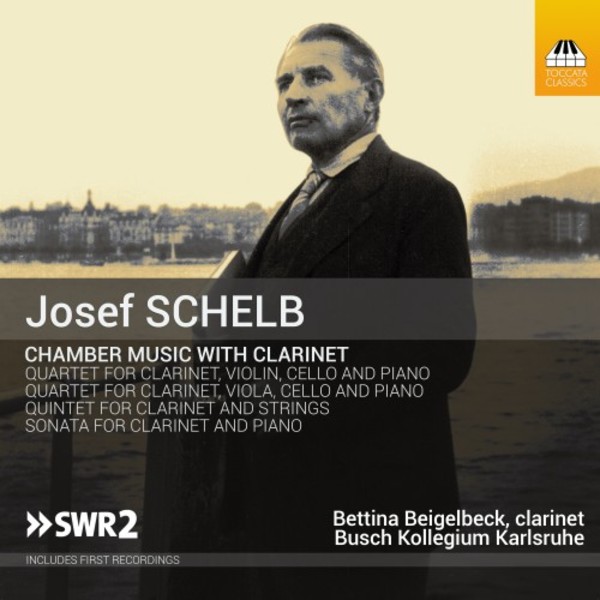 The Karlsruhe-based Josef Schelb (1894-1977) is one of the better- kept secrets of twentieth-century German music. His output was substantial: he lost most of his early music in a bombing raid in 1942, but  as if to make up for lost time  wrote some 150 more works after that. These four, for clarinet in various chamber combinations, show his music emerging from the influence of Hindemith and Berg. They have a freewheeling energy, contrapuntal command and rhythmic charge of its own  often animated by a touch of devilish humour. Two of these works receive their first recordings here.
The Busch Kollegium Karlsruhe was founded in 2013 to record a first album of chamber music for clarinet and strings by Adolf Busch, released in October 2013 by Toccata Classics (TOCC0085). In March 2014 the Busch Kollegium Karlsruhe gave its first concert at the launch of both the CD and the newly formed ensemble. The current repertoire of the Busch Kollegium includes not only works by Adolf Busch but also music by Mozart, Reger, Messiaen and the Karlsruhe composers Heinrich Kaspar Schmid, Josef Schelb, Vinzenz Lachner and Eugen Werner Velte. The BKKs second album of Busch (TOCC0293) likewise featuring the playing of Bettina Beigelbeck, the clarinettist on this album of music by Josef Schelb.