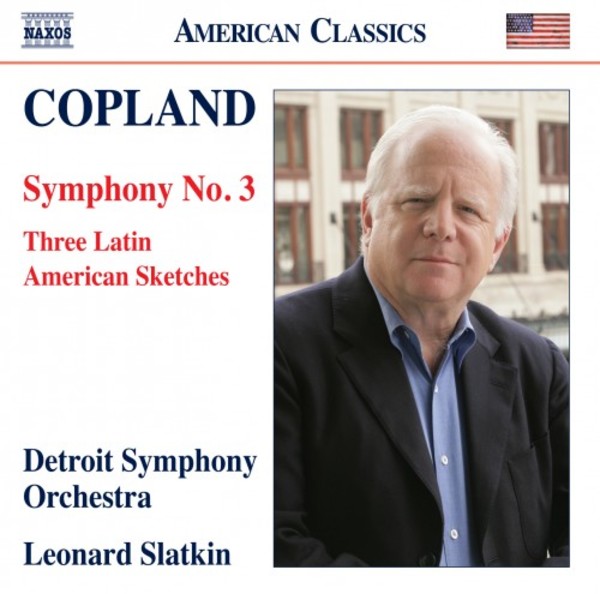 Premièred in 1946, a year after the end of World War II, Coplands iconic Third Symphony was described by the composer as a wartime piece  or, more accurately, an end-of-war piece  intended to reflect the euphoric spirit of the country at the time. The fourth movement, heard on this recording in its original uncut form, opens by quoting one of his most well-known pieces, Fanfare for the Common Man. Copland described the Three Latin American Sketches as being just what the title says. The tunes, the rhythms and the temperament of the pieces are folksy, while the orchestration is bright and snappy and the music sizzles along.

Leonard Slatkin is Music Director of the Detroit Symphony Orchestra (DSO) and the Orchestre National de Lyon (ONL). He also maintains a rigorous schedule of guest conducting throughout the world and is active as a composer, author, and educator. Slatkins more than a hundred recordings have received seven Grammy awards and 64 nominations. His Naxos recordings include works by Saint-Saëns, Ravel, and Berlioz (with the ONL) and music by Copland, Rachmaninov, Borzova, McTee, and John Williams (with the DSO).