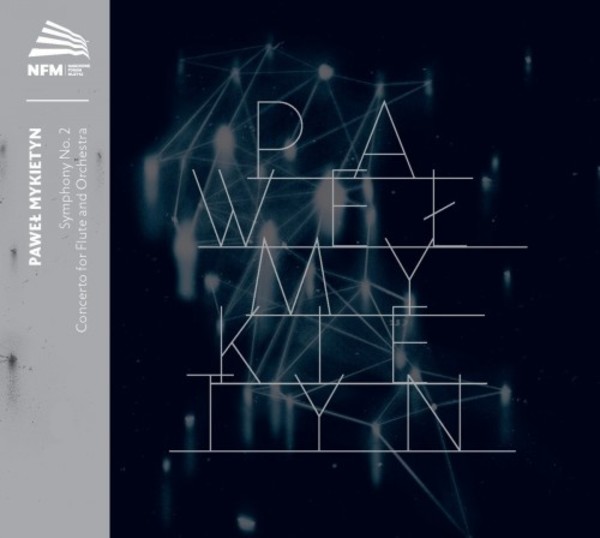 Professionally one of the busiest composers in todays Poland, Paweł Mykietyn writes music for traditional chamber, orchestral and vocal-instrumental forces as well as for the modern electronic media. His collaboration with the cult theatre director Krzysztof Warlikowski has continued for more than twenty years, and he also works on specific projects with other Polish stage celebrities, such as Grzegorz Jarzyna. Since 2000 he has also provided music for the screen.

Commissioned by the Polish Composers Union for its 60th anniversary, Symphony No.2 was largely completed in the late spring of 2007 in Kuznica on the Hel Peninsula, where the composer spends several weeks every year. The work was dedicated to Teresa Krajewska, in whose house Mykietyn always rents the same apartment with a terrace and a mystical view of the church, the Baltic Sea and the Bay of Puck. The Symphony was first performed on 23 September 2007 during the inaugural concert of the 50th jubilee edition of the Warsaw Autumn International Festival of Contemporary Music by the Polish National Radio Symphony Orchestra of Katowice (PNRSO) under the baton of one of Europes best experts on contemporary music performance  Reinbert de Leeuw.

Written for Polands best flautist of the young generation, Lukasz Dlugosz, and premiered on 29 November 2013 at the Arthur Rubinstein Philharmonic in Lódz by the Arthur Rubinstein Philharmonic Orchestra under Wojciech Rodek, the Concerto for Flute and Orchestra is Mykietyns fifth instrumental concerto after the Piano Concerto (1996), Cello Concerto (1997), Harpsichord Concerto (2002) and Klave (2004) for microtonally tuned harpsichord and chamber orchestra. In the Flute Concerto the idea of continual modification (here: deceleration) of tempi has been developed to a hitherto unprecedented extent.