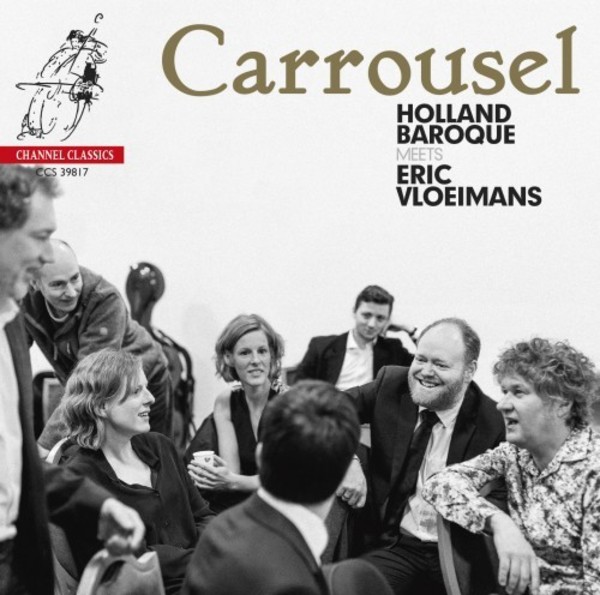 Last summer the three of us retreated into Vloeimanss studio. It was the beginning of months of arranging and orchestrating. We phoned each other weekly and sometimes daily. The result is a weird and wonderful blend of two worlds. The world of early counterpoint and the world thats called Eric Vloeimans. Erics music cant be understood in terms of a particular composition technique, but it is the outcome of years of experience in improvising and writing his own music. While our first album Old, New & Blue was an encounter between two styles, Carrousel, our second album, does away with boundaries between Baroque and modern. The musical amalgam is a fact.