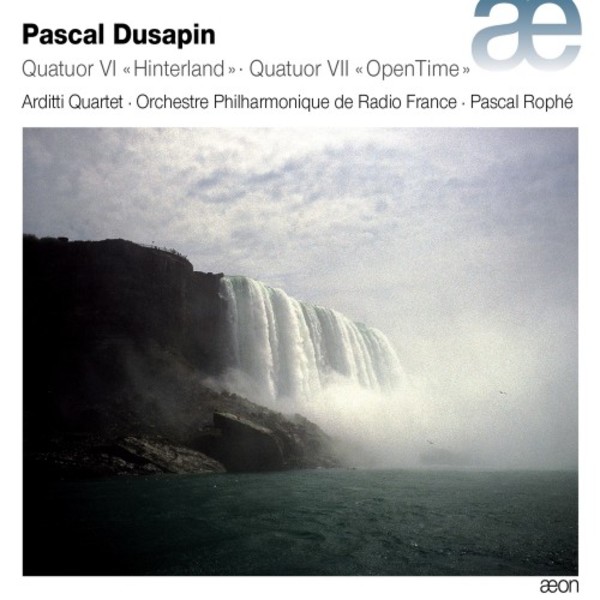 With this album coupling his Sixth and Seventh string quartets, the æon label completes its recording of all the quartets of Pascal Dusapin with the Arditti Quartet. This second disc follows the earlier recording of his first five works in the genre, released in 2009. Complicity, transmission, comprehension: Pascal Dusapins output has been so familiar to and closely associated with these musicians since the 1980s (six of the works were composed for them) that it has become inseparable from them. The present edition reveals a trajectory that has lasted more than thirty years now and has established a coherent corpus over time. It helps the listener to grasp some of the composers deep-seated aspirations and the evolution of his style.

The Sixth Quartet features orchestra in what is less a concerto concept than an extension of the quartets sound world on to a larger expressive canvas, the first movement setting up harmonic and rhythmic premises which its four successors build on in a visceral yet ultimately inconclusive manner, the discourse running down to an uneasy stasis. By contrast, the Seventh Quartet consists of 21 brief movements  each a variation on the motivic fragment heard at the outset  that can be heard as falling into three larger groups whose impetus is channelled towards increasingly stable and cohesive effect, the music reaching a calm which is audibly devoid of exhaustion. Both pieces reaffirm Dusapins quartet cycle as among the most significant now emerging.  Richard Whitehouse
Gramophone August 2017

The remarkable Quatuor VII, Open Time, is on a different scale. Its a huge set of 21 variations, lasting nearly 40 minutes in the Ardittis magisterial performance, all of which develops from the opening viola gesture, with its microtonal leaps and swoops. The music grows from this kernel with impressive assurance, constantly renewing itself, interrupted by the occasional moment of icy stillness, before the process takes off in a different direction.  Andrew Clements
The Guardian 1 June 2017

In both essays, intricate, repetitive figuration predominates, suggesting an aesthetic of textural relentlessness.
The Sunday Times 28 May 2017