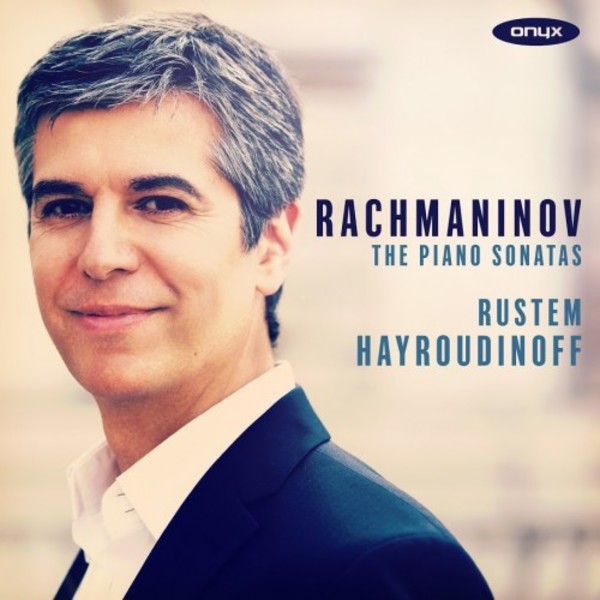 Rachmaninov started composing Sonata No.1, op.28, in the spring of 1907, in Dresden, whilst also working on his
Symphony No.2 and the opera Monna Vanna. He wrote to a friend on 8 May 1907: The Sonata is without any doubt wild and endlessly long... No one will ever play this composition because of its difficulty and length. The composer revealed later that the first movement related to Goethe's Faust, the second one to Gretchen and the third was the flight to the Brocken and Mephistopheles.

The Second Sonata, op.36, is an astounding feat of compositional ingenuity, created out of a single thematic seed. As with several of his works, Rachmaninov felt dissatisfied with the first version of 1913 and eventually revised it in 1931, significantly shortening it and thinning out the texture.

The transcription of Tchaikovsky's 'Lullaby' for piano, op.16 no.1, which Rachmaninov made in August 1941, is his last work. It is a remarkable coincidence that one of the very first pieces that he wrote as a 13-year-old in 1886 was the arrangement of another composition by Tchaikovsky.

Described by Londons Classic FM Magazine as a sensationally gifted musician of stunning artistry, Rustem Hayroudinoff graduated from the Moscow Conservatory, where he studied with Lev Naumov. He was one of the first students (if not the first) from the Soviet Union to study at the Royal Academy, where he is now a professor of piano. He has recorded for various labels including Chandos and Decca. This is his debut for Onyx.

Rachmaninov asks everything of his pianist: a steely rhythmic sense, coruscating virtuosity, spiritual depth and introspection. Tartar-born Rustem Hayroudinoff marshals all these qualities. His classically contained but never underpowered approach is likely to have delighted the composer-pianist and it comes closest to Sviatoslav Richter - BBC Radio 3 Building a Library Choice

Rachmaninovs Second Piano Sonata is one of the most notoriously challenging works in the late-romantic repertoire, but its lesser known predecessor, completed six years earlier in 1907, is no less demanding. Pairing the two on a disc, separated by the last piece Rachmaninov wrote, an arrangement of a Tchaikovsky song, means theres a great deal of high-voltage playing on Rustem Hayroudinoffs disc. But he always uses his prodigious technique intelligently; theres no sense hes ever highlighting the heftiness of the piano writing in a self-regarding way.  Andrew Clements
The Observer 15 June 2017