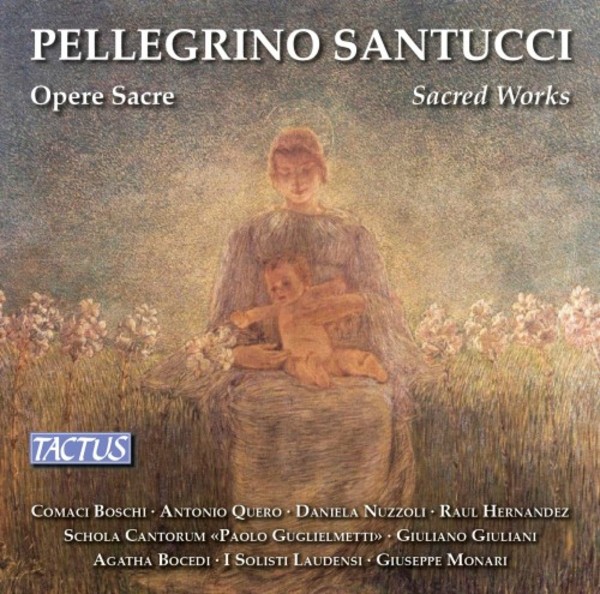 Padre Pellegrino Santucci, Friar of the Servants of Mary, was a central figure of the Bolognese musical scene from the 1960s until shortly before his death in 2010. A composer and teacher at the Basilica of Santa Maria dei Servi in Bologna, he created an active cultural center focused on competitions, conferences, publications and concert seasons involving many of the major international performers of his day. The armature developed around such a fertile environment quickly crossed the borders of the region, becoming fertile ground for many young scholars, musicians, and passionate audiences. He produced mainly sacred and liturgy music, yet without ignoring the needs of a high-level concert scene. This world-premiere album offers a panoramic of his works in which the organ, both as soloist or together with voices and other instruments, serves as the centre of gravity of his musical poetics, which is strongly influenced by the great traditions of the past - in particular Gregorian chant and Johann Sebastian Bach. The performances are by passionate young musicians and Tactuss artistic director Giuseppe Monari at the organ.