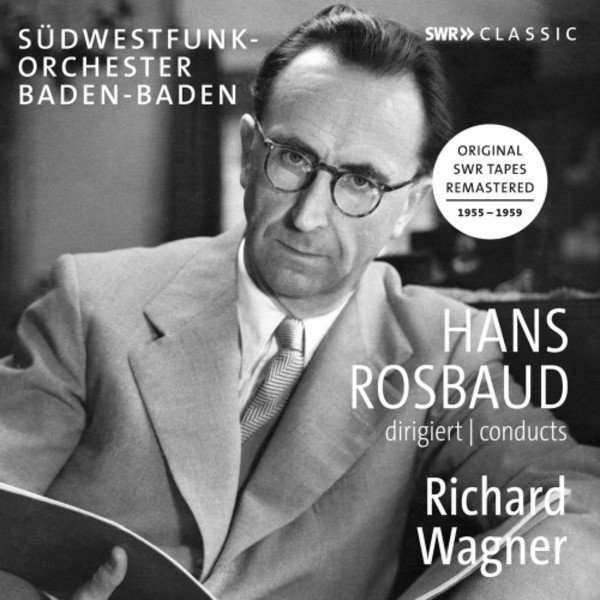 In 1948 Hans Rosbaud was engaged as the chief conductor of the SWF-Sinfonieorchester. The 14 years Rosbaud spent in that role, until his premature death in Lugano on 29 December 1962, marked the pinnacle of his career. Under Rosbauds leadership, the later-renamed SWR Symphony Orchestra Baden-Baden and Freiburg became a top European ensemble, which not only performed the usual subscription concerts and participated regularly in the Donaueschinger Musiktage New Music Festival, but also toured throughout the world.

Music lovers today see Hans Rosbaud mainly as a specialist in so-called "New Music". This reputation has overshadowed his admirable performances of music by Bach, Mozart, Beethoven, Brahms, Bruckner, Mahler and other widely known, leading classical and romantic composers. The upcoming series on the SWR Classic label will be dedicated to Hans Rosbauds performances of this music and will demonstrate how his musical views continue to be interesting and relevant to this day.

Discipline, enthusiasm, precise knowledge of orchestral instruments and his faithfulness to the works were qualities for which Hans Rosbaud was enormously admired. However, he did not consider himself exclusively a champion of the modern age, but of the entire musical repertoire. While he conducted many Mozart operas (especially in Aix-en-Provence), he also paid equal attention to the works of Richard Wagner, Anton Bruckner and Gustav Mahler. This new cycle will release some previously unpublished recordings by Rosbaud, beginning with the overtures to Richard Wagners operas.