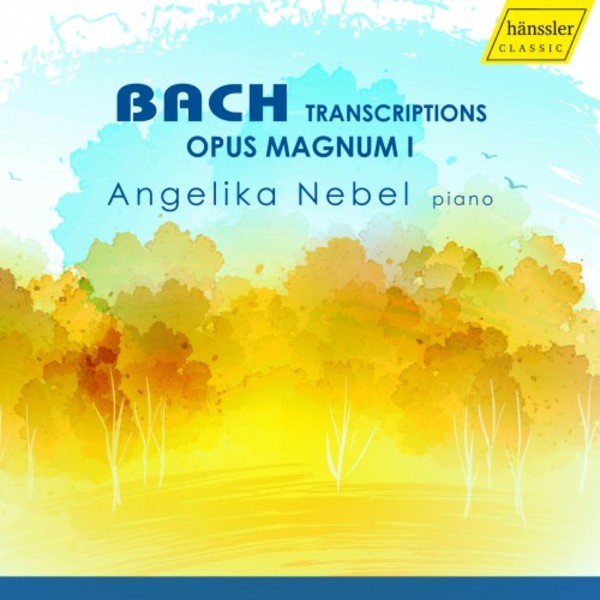 German pianist Angelika Nebel continues her exploration of Bach transcriptions with Opus Magnum I  a continuation of her previous releases Bach - Illuminationes and Bach - Metamorphosis.
The transcriptions in this release fuse the music of Bach with the 20th century, featuring interpretations by Wagner Stefani d'Aragona Malheiro, Harriet Cohen and the eminent Edwin Fischer. Two of the works have been transcribed by Angelika Nebel herself.
Angelika Nebels repertoire includes solo, orchestral and chamber music from the 18th to 21st century. She has performed internationally, and has been a guest artist at many festivals, including Rheingau Musik Festival and the 52nd Bad Hersfelder Festspielkonzerte. She has also worked with numerous radio stations across Europe and in 1995 was appointed as a professor at the Robert Schumann College in Düsseldorf.