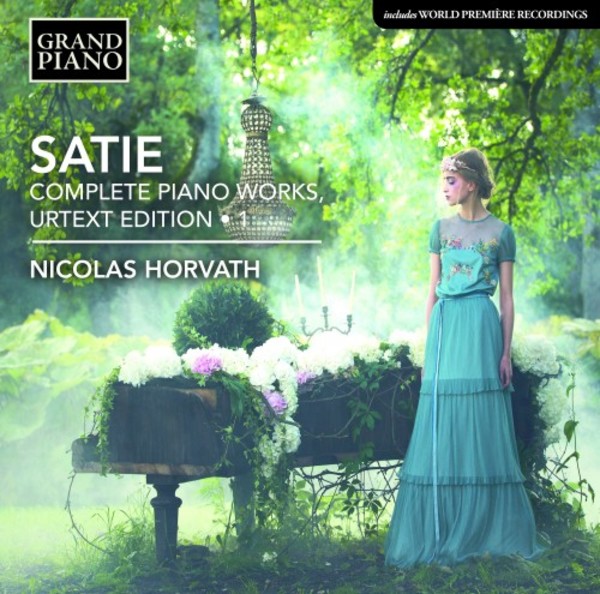 Always inventive and innovation-seeking, Erik Saties earliest works show traces of Chopin as an influence but he soon came to reject virtuosity and tradition, choosing instead to remain with the quintessentially French traits of simplicity, clarity, precision, elegance and economy. Saties hauntingly beautiful floating melodies and modal tonalities are unforgettably compelling, combining bygone classical ages with Parisian sophistication. This landmark recording uses both a new and corrected edition of Saties music and Cosima Wagners own 1881 Erard piano, his instrument maker of choice.
Recognized as a leading interpreter of Liszts music, Nicolas Horvath has in recent years become one of the most sought after pianists of his generation. Holder of a number of awards, including First Prize of the Scriabin and the Luigi Nono International Competitions, he frequently organizes events and concerts of unusual length, sometimes over twelve hours, such as Philip Glasss complete piano music or Erik Saties Vexations, and composers from a number of countries have written for him. Nicolas Horvath is a Steinway artist.