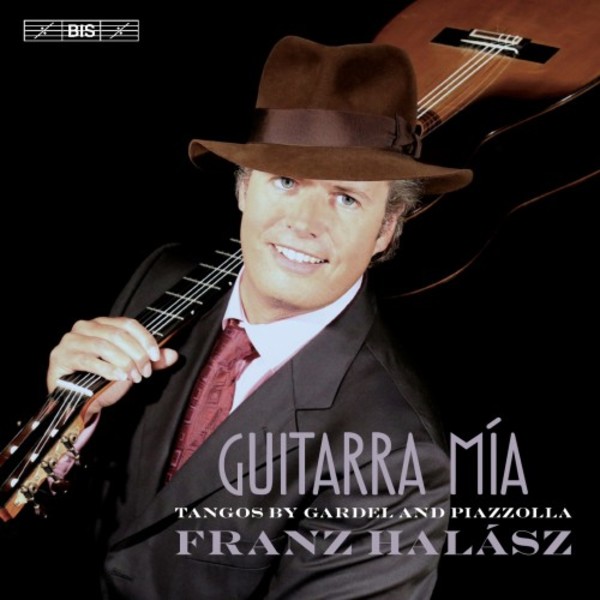 The origins of the tango are debatable, but few would disagree in naming Carlos Gardel the first great figure of the genre. Beginning his career as a folk singer, Gardel is also generally regarded as the creator of sung tango: tango canción. In the course of some 25 years, he wrote a large number of songs, recorded numerous discs and acted in several films, achieving international stardom. All the Gardel songs heard here featured in films produced between 1932 and 1935. Lending its title to the present disc, Guitarra, guitarra mía was the last song Gardel recorded, shortly before he died in a plane crash in June 1935. Only months earlier, he had encountered a young boy that had a walk-on part in his last film  a striking coincidence, as the boy was Astor Piazzolla, alongside Gardel the most influential figure in the history of the tango.

In contrast to Gardel, however, Piazzolla was for a long time the black sheep of traditional tango, eager to explore art music and jazz and to incorporate elements of both in his own music, which became known as nuevo tango. Written for the ensembles that he played and toured with worldwide, pieces such as La muerte del ángel and Vuelvo al sur became immortal. Himself a bandoneon player, Piazzolla often included the guitar in his ensembles, but did not compose for solo guitar until writing his Cinco Piezas in the 1980s, which closes this disc. Along with numerous arrangements, these have entered the guitar repertoire and are here performed by the German guitarist Franz Halász who, on recent discs for BIS, has impressed the critics to the point of winning a Latin Grammy Award in 2015 with a disc of chamber music by Radamés Gnattali.