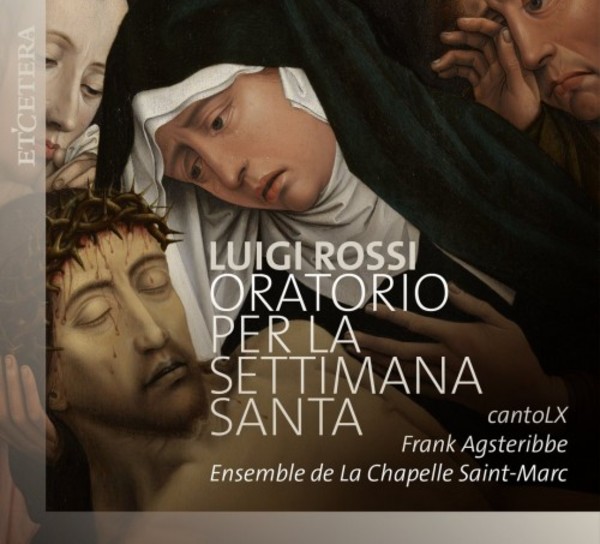 The Oratorio per la Settimana Santa, which is among the very first compositions to be labelled oratorio in the sources, was composed in Rome in the 1640s. It was probably performed in the Oratorio di San Girolamo della Carità, where Filippo Neri held his esercizi spirituali. It appears in a manuscript source from the Barberini collection of the Vatican Library which doesnt specify its composer  although this is usually identified as Luigi Rossi  but names Giulio Cesare Raggioli as the author of the text. Both Raggioli and Rossi worked for members of the Barberini family, who were close relations of pope Urban VIII (Maffeo Barberini), and themselves powerful patrons of music and the arts. an opera.

The Oratorio per la Settimana Santa is an oratorio volgare, meaning that the libretto is not in Latin but in Italian, and it is the earliest example of an oratorio based on the Passion of Christ. Its treatment of the Passion narrative is quite unusual, as it distances itself from the canonical gospels, adding characters like the Demons that seem to come straight out of an opera.

Luigi Rossi (Torremaggiore 1597-Rome 1653) was the pupil of the Flemish composer Giovanni de Macque, himself famous for his madrigals. From 1633 Rossi was the organist of S. Luigi dei Francesi and worked for Cardinal Antonio Barberini, writing operas, cantatas and oratorios. After the death of Urban VIII in 1644, he was invited to Paris by Cardinal Mazarin, where his opera Orfeo (1647) was a great success. His music was widely known and his style imitated throughout Europe.