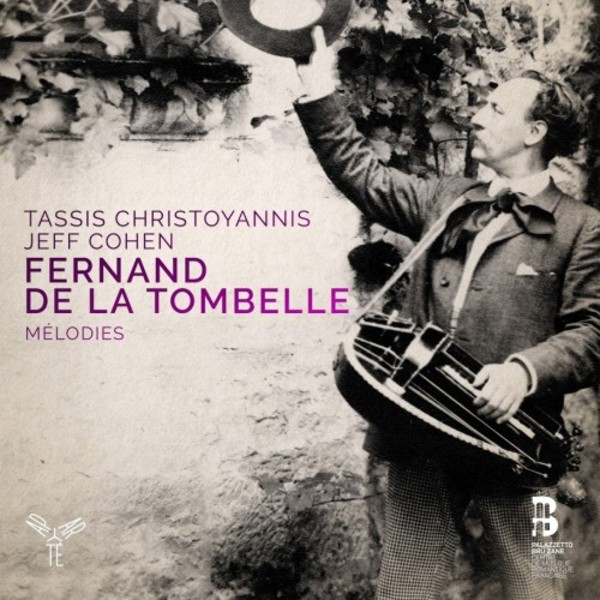 This little-known composer of almost 600 works was also a poet writer, folklorist, chronicler, photographer and painter, and an enthusiast for astronomy, archaeology, cycling and motor cars ...

Until now Fernand de La Tombelle (1854-1928) has remained little known, even to the music lovers of oddities. Yet he was a virtuoso organ player, a much valued teacher (co-founder of the Schola Cantorum with Vincent d'Indy) and a challenging and sophisticated composer. Relevant examples of this are his mélodies that cover a long period of his life and friendships, leading from Saint-Saëns' romanticism to Poulenc's post-war years. His musical language favours the vocal style of Massenet which is not surprising: in 1880 Tombelle married Henriette Delacoux de Marivault, a woman of letters who published, under the pseudonym of Camille Bruno, numerous plays and poems, some of which were set to music by Massenet. Although Tombelle won several major prizes in Paris (the Prix Pleyel in 1887 and 1894, the Prix Chartier in 1896), he spent a large part of his time at Fayrac Castle, his property in the Dordogne village of Castelnaud-la-Chapelle, and in Sarlat, where he took a keen interest in the local Périgourdin folklore. The harmonic richness and the variety of atmospheres in the mélodies prove Tombelle was not merely a follower of more famous compatriots.

The arrival of a fine melodie singer is always a cause of celebration. Tassis Christoyannis has a baritone voice that moves smoothly from the most elegant, caressing pianissimo, at times reminiscent of Gerard Souzay, to a commanding fortissimo. In addition, his words are the clearest I've heard in this repertory for a very long time, and he uses them with great intelligence - BBC Music Magazine, January 2016 (AP110: Lalo Songs)

Christoyannis is an outstanding communicator here, admirably aware of textual and musical subtleties, without over-dramatising. The Hugo settings gleam with wit... Cohen is a fine accompanist, weighty yet detailed, formidably coming into his own in the Béranger Romances... Its essential listening if you care for French song. - Gramophone Magazine, February 2016 (AP110)