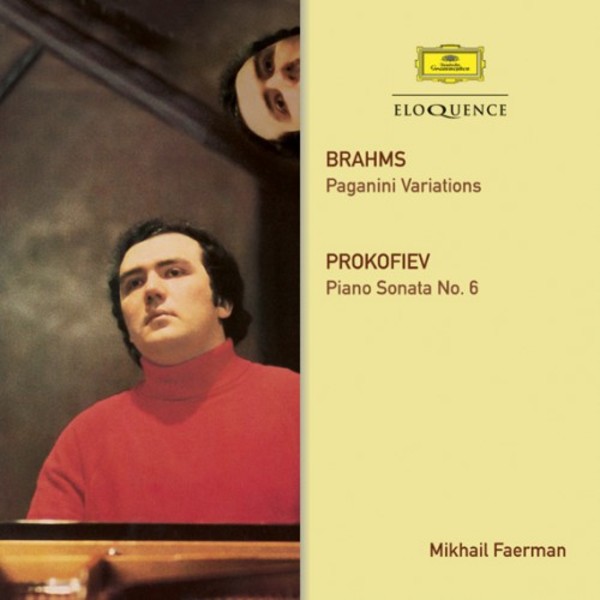 Founded in 1937, the annual Queen Elisabeth Competition for violin and piano is still the best-known such event organised in Belgium, and is considered among the best and most demanding in the world. Following in the footsteps of his fellow countryman Emil Gilels, who won first prize for piano in 1938, Mikhail Faerman stunned both jury and public in 1975 with Tchaikovskys First Piano Concerto, and duly carried off the palm.

On a now little-remembered series entitled Concours, Deutsche Grammophon issued live and studio recitals by young artists who had won recent prizes at prestigious competitions during the 1970s. The careers of Youri Egorov, Ewa Poblocka, Alexander Lonquich and others were launched by their first studio albums, which appeared on Concours. Having won the Queen Elizabeth Competition in 1975, however, Faerman did not go on to make more recordings except for this stunning live album of Brahms and Prokofiev, captured in Munich in 1980 and now receiving its first release on CD. Critics spoke of his sensational talent. His exceptional power at the keyboard excited admiration, as did his capacity for musical shaping and characterization.

These Brahms and Prokofiev works certainly play to the strengths of a young keyboard lion. Brahms, after all, wrote the Paganini Variations with a reluctant but busy concert career in mind, to display what was by all accounts among the supreme piano techniques of his age: this is music that exults in its own recreation, as Faerman shows. The Sixth Sonata is the first of Prokofievs War Trilogy of Sonatas, propelled in its outer movements by brutal motor rhythms and unpredictable outbursts of temperament. Set against them is a slow waltz in the composers most yearning and bittersweet manner.

Mikhail Faerman won first prize in the 1975 Queen Elisabeth of Belgium Contest, hence he appears on DG's Concours series, although he plays well enough to appear anytime on a full-priced line. His Prokofiev is very dramatic and very spiky, and he brings out all the whimsy in this wonderful piece. The Brahms is beautifully articulated, with delicate gradations of touch. - Fanfare, July/August 1982