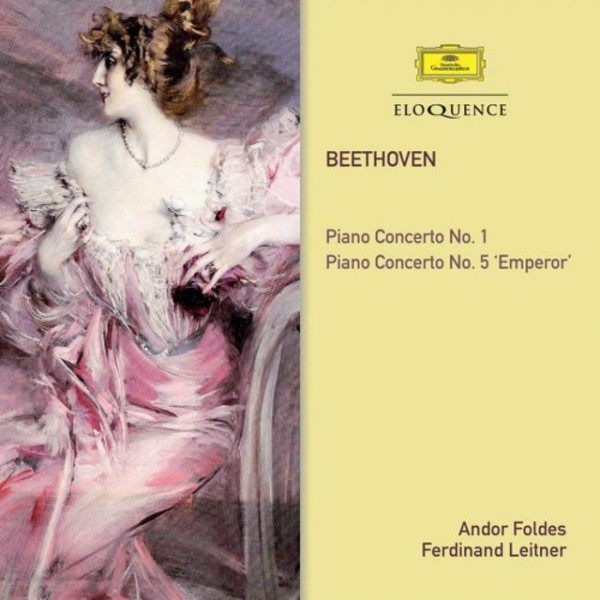 In a quickly released series for Deutsche Grammophon, Andor Foldes went into the studio towards the end of the 1950s with around half of Beethovens piano sonatas.

The solo works were complemented by two concerto recordings, which now appear together in new remasterings. Foldes was partnered by Ferdinand Leitner, the house conductor for Deutsche Grammophon who would accompany several noted pianists in these concertos, not least Wilhelm Kempff. It was Kempffs recordings which would hold their place in the catalogue and the affection of listeners for many decades, but now is the time to appreciate once more the art of a more self-effacing pianist, who as Gramophone remarked in reviewing the Emperor could reveal a vein of artless charm  not only in Beethoven but much else of his diverse repertoire from Mozart to Bartók.

Although he made these recordings in his 40s, Foldes had had an intimate, performers understanding of the concertos for many decades. He first played the First Concerto in public at the age of nine; two years later he appeared with the Fourth, and playing his own cadenzas. As a recording artist, he took fewer such risks. Recording a disc is one of the most difficult tasks for a performing artist, Foldes wrote. What is recorded is there for eternity. It must be a version that will stand the test of time, and yet not be set in stone; it must capture the essence of that intuitive moment, and yet convey the definitiveness imposed upon it by the very nature of the situation.

Foldes finds infinitely more of implication in the notes themselves, and he is constantly at pains to show exactly what Beethoven wrote and what he meant by it. There is an enormous amount to listen to in his reading, and the style of it is firmly defined and idiomatic. - Gramophone, December 1959 (Piano Concerto No.5)