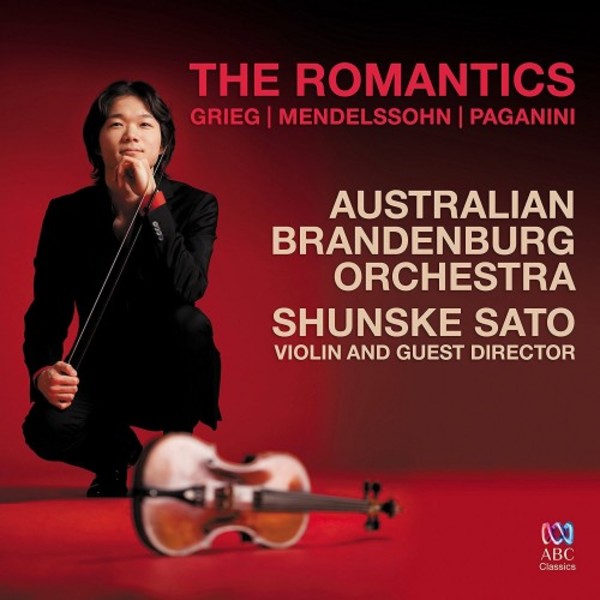 Passion, daring and heroism: the Australian Brandenburg Orchestra break new ground with their latest album, exploring the music of three of the Romantic eras greatest composers on period instruments.

Directed by Japanese-American violin star Shunske Sato, the Brandenburg present the baroque-inspired music of Edvard Grieg, a symphony written by the 12-year old prodigious composer Felix Mendelssohn, and a scintillating performance of Nicolò Paganinis Violin Concerto No.4 (with Sato as the soloist).

Paganini was the most famous violin virtuoso who ever lived, an incomparable showman who was rumoured to be in league with the devil: how else could he achieve such super-human feats on the violin? He premiered his fourth Violin Concerto at the age of 50, when he was plagued by a multitude of ailments including advanced venereal disease  but the jaw-dropping pyrotechnics, as well as the sheer tenderness of the slow movement, require astonishing musicianship to pull off.

The astonishing playing of Shunske Sato combined with the period instruments of the Australian Brandenburg Orchestra create a vivid and colourful soundworld. Griegs well-loved Holberg Suite is cast in a fresh light; and the Paganini will be welcome internationally as a rare recording on the instruments that the composer would have known.

This album was recorded live in Sydneys City Recital Hall in September 2016, in concerts that received unanimous critical acclaim. The Daily Telegraph reported that Sato carried the whole three movements off with amazing elan, power and accuracy, often with a dash of humour, prompting a standing ovation, whilst The Australian praised his spectacular display of thrilling highwire musical acrobatics.