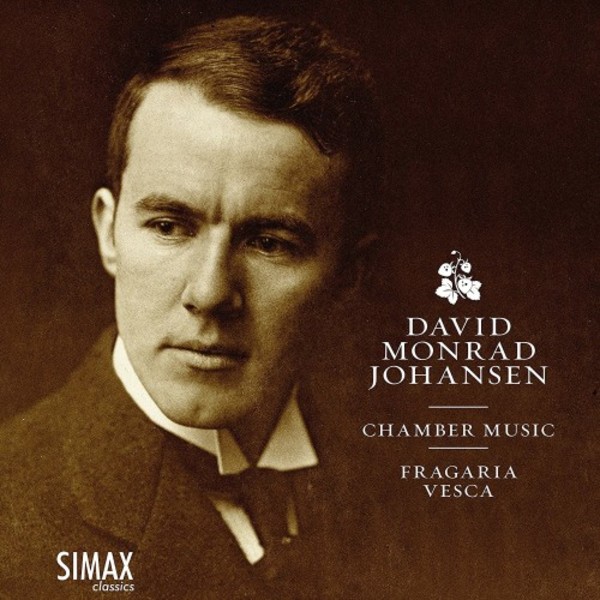 David Monrad Johansen was central in the development of a nationally oriented music during interwar Norway. His Piano Quartet and the incidental music for The Great Peace were composed during this period. To this day they have just existed in manuscript form, and this disc of Monrad Johansens chamber music performed by the ensemble Fragaria Vesca presents the world premiere recordings of these two works.

In November 1913, Monrad Johansen finished his first and only Violin Sonata. The sonata was given a lukewarm reception at the time  hard to understand when heard today. For the composer, the elegiac second movement was an example of how the longing he felt for his childhood home-county Nordland could be expressed musically, a yearning which would become a source of inspiration and a creative force throughout his life.

When the writer Hulda Garborg visited the USA in 1913, she became occupied with the fate of the Indian culture, and subsequently worked for three years with a large lyrical drama about the peace-loving Sioux-chief Hiawatha. Monrad Johansen began setting music to the drama, but the work was never realised on stage. Besides a version for mixed choir of the movement Indian Love Song, the music has rested in the archives of the Norwegian National Library  until now.

The 1940s was a troublesome time for the composer, due to his membership in the Norwegian fascist party, Nasjonal Samling, and his post-war sentence for treason. The Piano Quartet, op.26, was written during his imprisonment, inspired by studies of fugues by Bach, Handel and Reger, and Beethovens string quartets. The Piano Quartet is a hidden gem in 20th-century Norwegian chamber music. In 1967, Monrad Johansen was asked to contribute a musical piece to the Norwegian Society of Composers 50th anniversary, for which he wrote a grand Flute Quintet. It was to be his penultimate work, a piece which shows the composer forever searching for new musical expressions with imaginative development even to his final years.