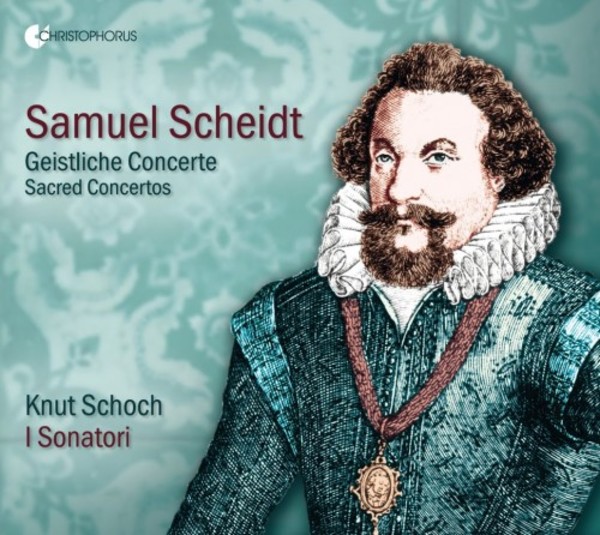 Along with his colleagues Schütz and Schein, Samuel Scheidt belongs to the 'three great Schs', whose compositions spread from Middle Germany and influenced early German baroque. Whereas Schütz was rediscovered from the end of the 19th century and even more so over the course of the 20th century, Schein and Scheidt are still not widely known. Apart from two years of study with Jan Pieterszoon Sweelinck in Amsterdam, Scheidt spent his entire life in his native city of Halle. He became court organist in 1609 and court conductor 10 years later. Despite the ravages of the Thirty Years War and resulting sieges, epidemics, and little means of earning money, Scheidt managed to get the majority of his compositions printed and widely distributed.
The Ensemble I Sonatori and the tenor Knut Schoch present a selection of religious concerts from all through the liturgical year. They offer a pleasant insight into the vocal religious works of this hitherto little-known contemporary of Heinrich Schütz.