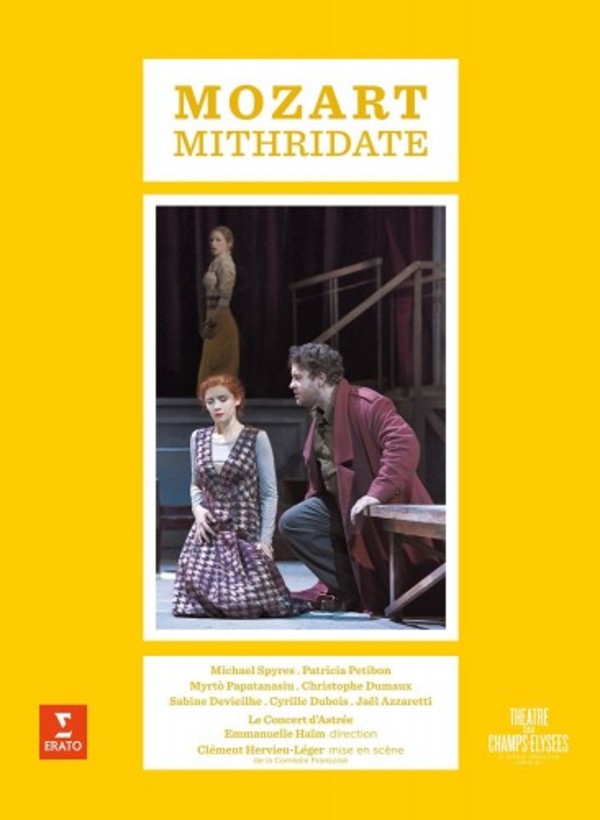 Mozart was just 14 years old when he composed Mitridate, re di Ponto, a noble opera seria based on a play by Racine. A great success at its premiere, it is only rarely staged today, so this 2016 performance, led by Emmanuelle Haïm at Pariss Théâtre des Champs Elysées, was by definition a special occasion. The dazzlingly virtuosic cast is led by tenor Michael Spyres and sopranos Patricia Petibon and Sabine Devieilhe, while the intense modern staging is by Clément Hervieu-Léger, a resident director at Frances most illustrious theatre company, the Comédie Française.

In an interview with the French magazine Télérama, Emmanuelle Haïm described Mitridate as the work of a young man, but also a work of maturity Mozart is so inventive: no two arias are in the same form [there are over 20 in the opera altogether] and they really portray the states of mind and development of the characters. He didnt just want to present a succession of arias: running through the entire piece there is a clear sense of dramaturgy, of storytelling. He also creates incredibly vivid accompanied recitative, in which the orchestra behaves with great sensitivity  it does much more than simply punctuate the protagonists emotions  We come to understand Mitridate himself as more than some sort of dreadful tyrant. He wants to preserve the safety and unity of his kingdom at any cost. In his first aria, which Mozart had to rewrite several times for the tenor in question, there is something majestic and noble, but also bruised and wounded  The way the role is written is crazy, both very high and very deep  but we have Michael Spyres, who also has a very strong sense of theatre  And you do also wonder how Mozart, as a 14-year-old, could understand women so well. Just look at Aspasias arias, which describe her tormented character with such vividness, while Ismene is both strong and tender. Patricia Petibons way of singing is ideal for Aspasia, and she has such an intense presence as a tragic actress, while there is a deceptive fragility about Sabine Devieilhe, whose Mozart has such intelligence, finesse and charm.