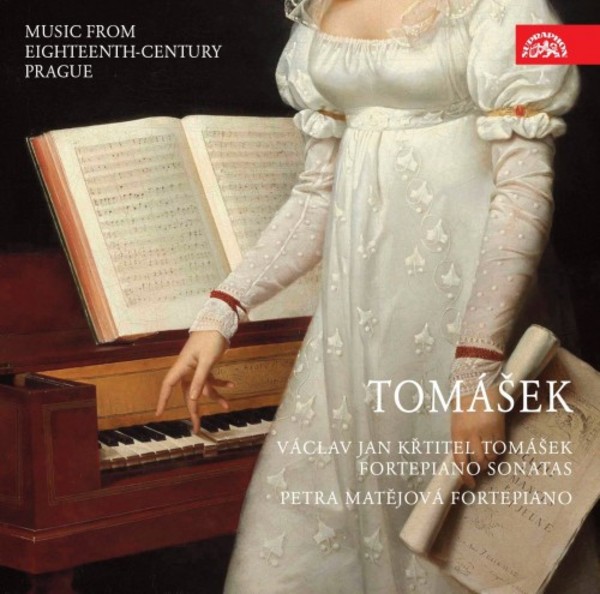 With Václav Jan Tomáek we find ourselves at the furthermost border marking the realm of the Music from 18th-Century Prague cycle. Without his music, however, the edition would not have been complete. Shortly after his arrival in Prague, Tomáek became renowned for his piano playing skills, later winning the moniker of the Music Pope. Not only was he an outstanding pianist and fruitful composer, but he also became a sought-after music teacher. His students included composer Jan Václav Hugo Voříek, famous critic Eduard Hanslick as well as a number of virtuoso pianists.

Tomáeks music oscillates between late classicist and early romantic style with songs and piano compositions making the bulk of his oeuvre. Sadly, only a little fragment of these are accessible on recordings. The present recording brings three out of his seven fortepiano sonatas (composed between 1799 and 1806); they are performed on a copy of a period instrument. Tomáeks sonatas are marked by a profuseness of musical ideas and often also unusual modulation plans. Since her fortepiano studies in Paris, Petra Matějová has performed extensively, made a number of recordings and led master classes in several European countries. Her ambition in making this recording was to convince listeners and pianists alike that the time has come to bring Tomáeks work to new life and give it back its well-deserved place on concert stages.