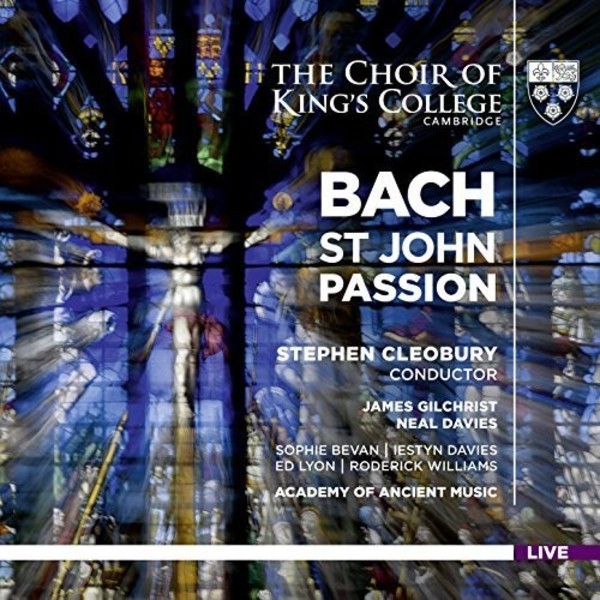 Stephen Cleobury and the Choir of Kings College, Cambridge are joined by the Academy of Ancient Music in Bachs much-loved St John Passion. Captured live in 2016 during Easter celebrations at the College, it features an all-star line-up of soloists who are renowned for their handling of the repertoire, including Kings alumnus James Gilchrist as the Evangelist and Neal Davies, Cardiff Singer of the World prize-winner, as Jesus.

The St John Passion presents the dramatic narrative with a concentrated sense of urgency, in contrast to the vast proportions of the St Matthew Passion. Many of the arias are deeply reflective and expressive, none more so than Es ist vollbracht!, in which the countertenor and the viola da gamba weave their melodies in a most beguiling way.

The Choirs recent release of the Duruflé Requiem was nominated for the 2017 International Classical Music Awards, while Hymns from Kings, a collection of popular hymns arranged by Stephen Cleobury, was chosen by John Suchet as a Classic FM Album of the Week.