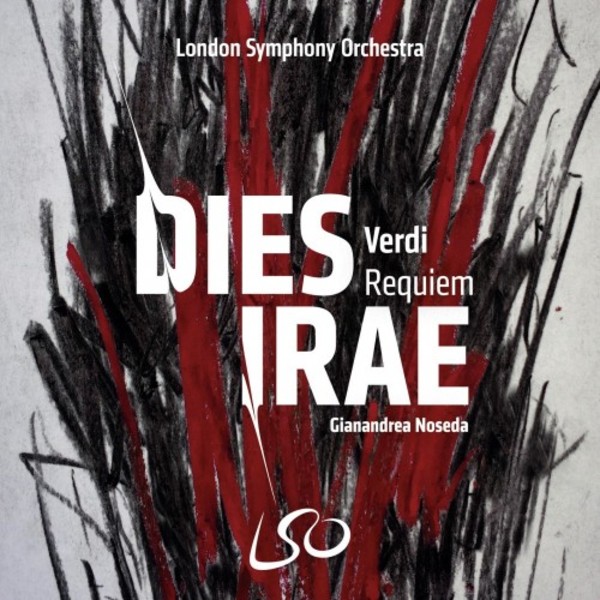 Recently appointed Principal Guest Conductor of the London Symphony Orchestra, Gianandrea Noseda gathered together an outstanding cast of Italian stars for these searing performances of Verdis Requiem to open the LSOs 2016/17 season.

Originally destined to be a collaboration of movements from Italian composers to honour the death of Rossini, the Requiem evolved into a memorial for the Italian writer and poet Alessandro Manzoni, whom Verdi revered, and premiered on 22 May 1874  exactly a year after Manzonis death.

The most complex and dramatic sequence is the 'Dies irae' (Day of wrath). The vivid text of the Last Judgement allows Verdi's operatic talents to flourish amidst the drama and pathos. The main theme erupts in violent fury of brass and percussion while the chorus roars a descending scale pattern of intimidating catastrophe and fear. In a momentary lull, a single trumpet in the orchestra opens a simple fanfare, answered quietly by a trumpet out in the concert hall. The fanfare builds in intensity and numbers until the four trumpets on stage and four house trumpets, often spatially arranged for maximum effect, join the full orchestra for a blazing opening to the choral entrance of the 'Tuba mirum' (The trumpet shall sound).

Whilst not a devout Catholic, Verdi was influenced by a profound sense of higher power: combining his gifts for the theatrical with his admiration for the great Italian liturgical music of the past, he created a passionate and deeply moving masterpiece, beloved of performers and audiences alike.

"A formidable, electric interpretation of Verdis Requiem" - The Guardian ****

"The orchestra was on wonderful form, summoning up the majesty of the Last Judgment and the delicacy of the Agnus Dei with equal finesse. The Chorus were no less magnificent, flinging out the fugue of the final Libera Me with complete authority." - The Daily Telegraph ****

"Noseda and the four Italian soloists are all well versed in the liturgical and operatic demands of Verdis score. Sitting in the middle of the auditorium a few rows from the conductors podium was similar to being in the eye of the storm." - The Daily Express ****