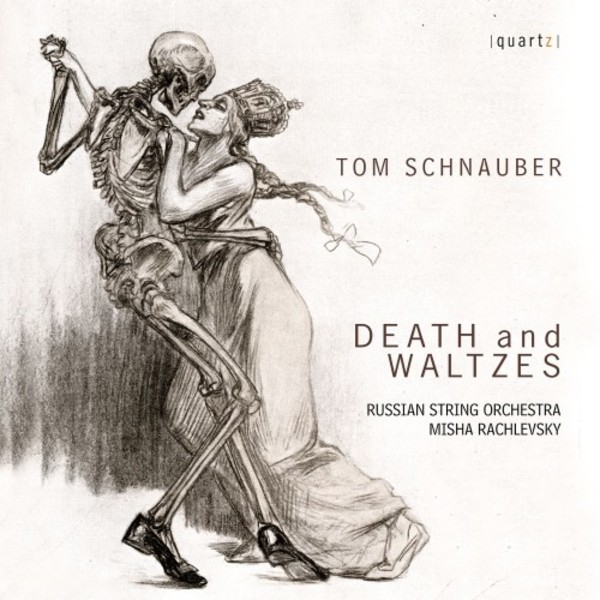 Death and Waltzes is a collection of music for string orchestra by German-American composer Tom Schnauber. It is an extension of the composers work with the Russian String Orchestra (formerly the Chamber Orchestra Kremlin) after winning their International Homage to Mozart Composition Competition in 2006. The nine works featured were written between 1995 and 2014; some specifically for the RSO, all linked by themes suggested in the CDs title. Some are single-movement in memoriam-type pieces in fond and sometimes aching memory of other musicians: the vivacious violinist and conductor Henri Temianka; the gifted and underplayed composer Leroy Southers; and Schnaubers first musical hero, J.S. Bach. Another is in memory of the composers father, who died during the making of this CD. Among the other works are two dances; mysterious and off-kilter waltzes, reflections of Schnaubers Alpine heritage and two left feet. Another two are stories told in music whose narratives involve both dancing and dying. They invoke experiences of the composers fictional alter ego, eminent musicologist Johannes von Märland.